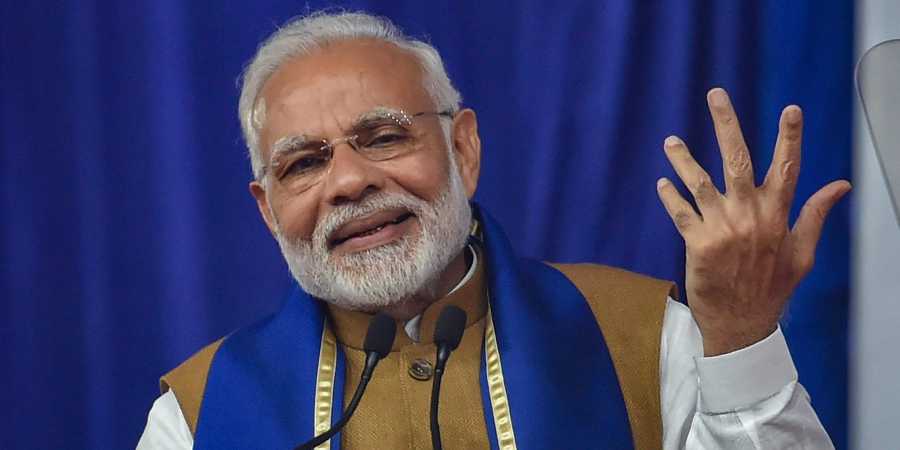 Narendra Modi, the man who used myths to capture power and dreamt of becoming a legend is facing the biggest PR crisis of his life.

The second wave of Covid-19 has ripped apart the ‘wise old man’ image the Indian PM tried to build over the years. The rise in Covid-19 deaths and the lack of essential supplies across the country has generated widespread public angst against the BJP government.

Rashtriya Swayamsevak Sangh (RSS), the BJP’s parent organization, sensed trouble and launched plans to rebuild the government’s image. The Sangh recently launched a massive nationwide campaign to provide relief to victims as well as counter an atmosphere of ‘negativity’.

A talk series titled ‘Positivity Unlimited’ was proposed to spread joy and to bring out a positive image for the incumbent government. The RSS roped in a number of spiritual gurus, religious leaders and prominent personalities to create a positive attitude in society in general.

The RSS realized that diversion tactics like firing missiles against a neighboring country or telecasting decades old TV sops were outdated. After Dada’s ambitious plan of providing entertainment to millions using the IPL backfired, the ruling front was forced to resort to spiritual positivity talks.

The talks were organized under the banner of a newly formed forum called Covid Response Team (CRT), which includes people from various organizations, including some from the ideological mentees of the RSS such as the Sewa Bharti, Swadeshi Jagran Manch and Laghu Udyog Bharti among others.

The series began on Tuesday and culminated on Akshaya Tritia with Mohan Bhagwat’s address. The lectures were held daily from 4.30pm IST and was available on over 100 media platforms, including the Facebook and YouTube pages of Vishwa Samwad Kendra, the RSS’s communications arm.

Speakers tried to impart Bharatiya values to listeners and used the much trodden path of citing mythological stories to propagate the resilience of the nation in the battle against Covid-19. Last year, PM Modi used the same tactic in his ‘tali-Covid’ speech and made people believe that banging utensils made them mighty warriors in the ladai (war) against the ‘foreign virus’.

Some speakers used this opportunity to subtly criticize the foreign media allegedly engaged in ‘anti-India activities’ and slammed those who spread ‘baseless rumors’ regarding the situation in India.

On Tuesday, yoga guru Jaggi Vasudev, speaking from the US stated that “daily number of Covid-19 cases are irrelevant now as so many people were suffering from it. These numbers may be of guidance to the administration, but I think it is time to shift to a place where we educate people how to handle this, how to handle the symptoms.”

The rising death tolls and the increase in test positivity rates (TPR) seem to be haunting the administration. The move to project caseload statistics as mere numbers is part of the government’s plan to quickly sweep everything under the carpet.

Opposition leaders have criticized the move and asked the Modi government to focus on Covid-19 relief work. The Congress ran a counter-campaign saying the ruling establishment wanted to hide its sins by using the power of propaganda.