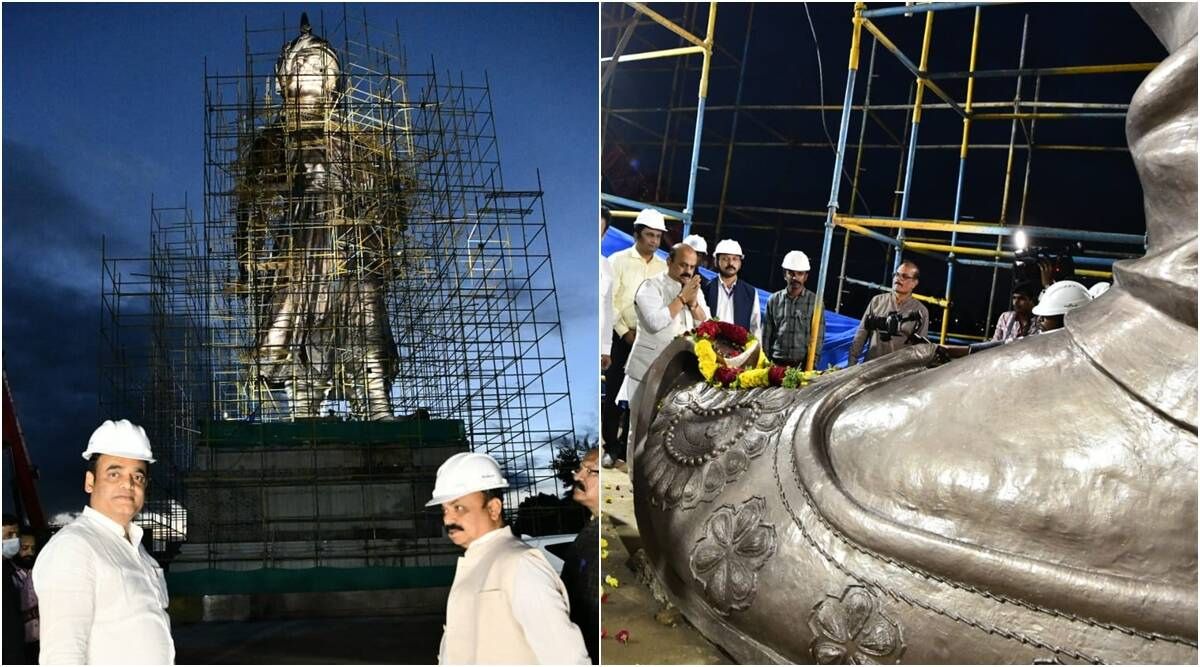 “The people of Karnataka have been demanding a Kempegowda’s statue for a very long time. It is called the statue of prosperity because it will reflect how Bengaluru, which was built by Nadaprabhu Kempegowda achieved progress in every sector. PM Modi will inaugurate the statue on November 11” Ashwathnarayan told reporters.

The statue that will be inaugurated by the Prime Minister Narendra Modi will also have a sword weighing around 4,000 kg. The magnanimous statue has been made by the government at a cost of ₹85 crore. The heritage park will be spread over an area of 23 acres.

Nadaprabhu Kempegowda, a 16th century chieftain of the Vijayanagara empire, is credited as the founder of Bengaluru. It is said that he conceived the idea of a new city while hunting with his minister, and later marked its territory by erecting towers in four corners of the proposed city.

He was from the dominant agricultural Vokkaliga community in south Karnataka. Kempegowda is also known to have developed around 1,000 lakes in the city to cater to drinking and agricultural needs. 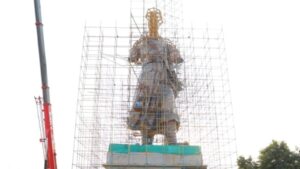 It was in September 2019 that then Chief Minister B S Yediyurappa had announced plans to install a bronze statue of Kempegowda at the city’s international airport at the cost of Rs 100 crore.

Dr Narayan, who is also the Vice-President of Kempegowda Heritage Places Development Authority announced that as part of the Nadaprabhu Kempegowda Campaign, Karnataka Chief Minister Basavaraj Bommai will flag off vehicles from Vidhana Soudha’s grand steps on October 21. These vehicles will travel to the state’s 31 districts and cover several villages to collect the sacred soil and water.

The statue of the Bengaluru ruler, Kempe Gowda, will be erected in between the already present statues of Jawaharlal Nehru and Dr. BR Ambedkar, according to Deccan Herald’s report.

“Our government is taking the achievements of Kempe Gowda closer to the people. No other government in the past had highlighted the glory of Bengaluru’s founder like our government and this generation must be aware of the greatness of Karnataka’s leader,” R. Ashoka, a Minister in Karnataka Government said.

Along with this, a theme park will also be developed near the statue which will become a major attraction for tourists. The specialty of the theme park will be its connection with villages of Karnataka. It will be consecrated with soil and water collected from villages from 31 districts in Karnataka.

Spread across 23 acres, the theme park at KIA will be developed in two phases and the first phase will be completed in nine months’ time. For this purpose Rs. 20 crore has been sanctioned, Narayan stated. The park will comprise an amphitheater, pathway, subway, A V exhibition system, 3D projection, fountain, flower garden, VIP lounge, restrooms, kiosks, modern tiles, pavilions, concrete walls etc.