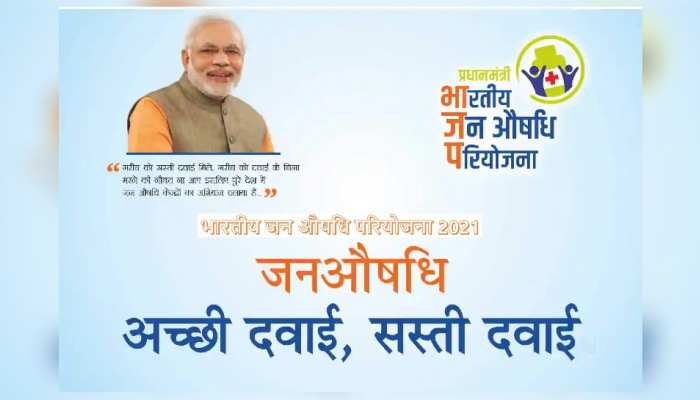 Jan Aushadhi week, which began on March 1st around the country, seeks to raise awareness about the use of generic medicines and the advantages of the Jan Aushadhi Pariyojana. The word ‘aushadhi’ means medicine in English, and the day is celebrated by organising a variety of activities around the country, including health camps. The event is the initiative of the Department of Pharmaceuticals, which reports to the Ministry of Chemicals and Fertilizers.

According to a PMO statement, there are now over 8600 Jan Aushadhi outlets across the nation, covering practically every district, in accordance with the Prime Minister’s aim of making medicines inexpensive and accessible to residents.

On the occasion of Jan Aushadhi Diwas, Prime Minister Narendra Modi met with Jan Aushadhi Kendra owners and Jan Aushadhi Yojana beneficiaries in an effort to raise awareness among them.

During his speech, he stated that the Jan Aushadhi Yojana is assisting individuals in conserving money for medical expenses, which can then be utilised for other essentials of life. “Money saved is money earned,” he explained.

He stated that more than Rs 800 crore worth of pharmaceuticals has been sold to date, resulting in a savings of around Rs 13,000 crores for the general public. He also mentioned the advantages of this system for women, such as the ability to purchase sanitary napkins for Re 1 and went on to say that the sale of 21 crore sanitary napkins is indicative of the scheme’s success.

In this article:JanAushadhi, modi, Pharma, welfare