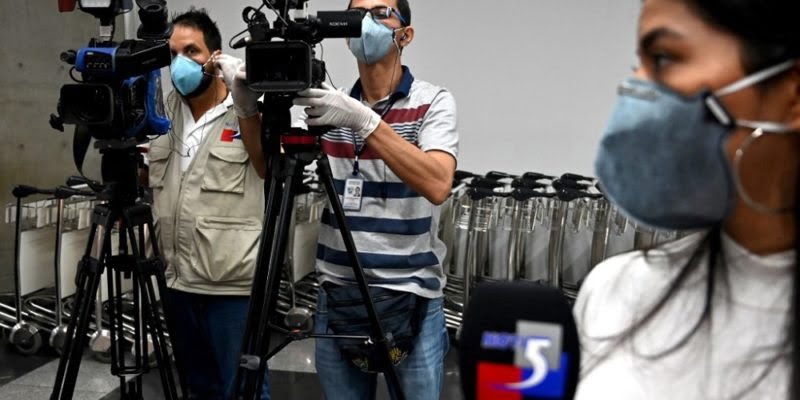 Your TV screens with various colorful and ‘important’ news coverage might not paint such a depressing picture but the fact of the matter is completely different.

If there were any other frontline warriors apart from doctors, paramedics and police personnel, those were journalists; when I say journalists I don’t refer to our prime time anchors who bring some great debates but the ground reporters who give information about what’s precisely happening and freelancers or stringers as we call them who work on a contract basis or per article basis or per news basis.

Data is not accurate about how many have died until today but every second day there have been reports about the death of journalists due to COVID 19. I would like to bring forth some reports and news that caught my attention.

The larger picture is, how protected is the fourth pillar of democracy? Has the Govt extended the same social security nets to this segment like that of doctors or law enforcement agencies? If not, then why?

It talks about how physically protected these people were and the kind of measures their agencies or organizations took to keep them.

But do we have the ‘data’ to raise questions? Nope.

Economically many journalists have lost their jobs and have also suffered pay cuts. It is seen that large media houses have cut down on the number of employees or even reduced their supplement publications or such features. Local journalists who work as stringers to the mainstream media houses have also lost revenue and daily bread as they do not have enough resources to reach remote locations and get news. Experts are of the opinion that these local stringers are the only connect of the mainstream media houses to the grassroot level and if this is lost then media which is already attracting the wrath of citizens for being irrelevant will also become ‘metro’ in its nature.

The Press council of India and such bodies need to bat for this creed of people who are working with a noble aim and Ministry of Information and Broadcasting along with the Ministry of Labor and Employment need to take quick cognizance of this issue and provide relief. The state Govt of Assam has provided an insurance up to 50 lakhs to the journalists who have died and several other states have done it only on the basis of humanity and nothing else.

There must be a uniform policy for this throughout the nation and journalists, predominantly freelancers need to be focused on and made a part of such packages like the 20 crore one.

EVERYTHING YOU NEED TO KNOW ABOUT FCRA 2020