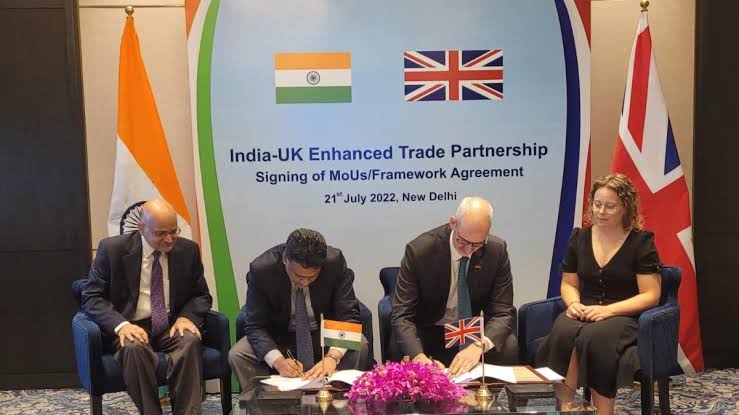 A milestone agreement between the UK and India to mutually recognise each other’s higher education credentials has been applauded by British universities and a prominent network of Indian students and professionals. It is seen as a much-anticipated development in bilateral relations that will significantly ease student travel between the two nations.

With the signing of the memorandum of understanding (MoU) on Thursday, India will now recognise UK A-levels and their equivalents, undergraduate and postgraduate degrees.

This is done in accordance with the UK-India Enhanced Trade Partnership (ETP) that the two prime ministers, Boris Johnson and Narendra Modi, agreed upon last year.

Indian students who graduate from British universities will be able to apply for postgraduate degrees or start occupations in the government that need a university degree when they return home.

According to Vivienne Stern, Chief Executive of Universities UK International (UUKi), an organisation that represents more than 140 UK universities, the qualifications students earn will be recognised on both sides, making it simpler for them to advance in their education and transition into the workforce.

An especially important development is the acceptance of UK Masters. It implies formal acknowledgement of their outstanding accomplishments and full access to positions in the Indian public sector for Indian graduates of the best universities in the UK, she explained.

The National Indian Students and Alumni Union (NISAU) UK applauded the long-awaited action, for which the student organisation had long advocated.

Sanam Arora, chair of NISAU UK, said that this is “truly a landmark, long-awaited and impactful achievement in UK-India relations.”