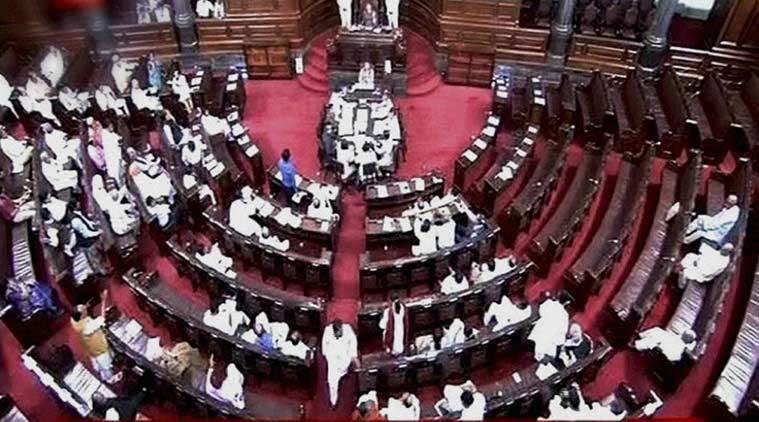 On 22nd July, 45 newly elected members of the Rajyasabha took their oath in the presence of Chairman of the House, M Venkaiah Naidu. Out of the 45, 36 members were first timers which included, Madhya Pradesh BJP leader Jyotiraditya Scindia and Karnataka Congress leader Mallikarjuna Kharge. From the Upper House elections which took place in March and June of this year, a total of 61 members have been elected, including 43 first timers. Twelve sitting members like Sharad Pawar, Digvijay Singh have all been re elected and they took their oath too.

Yesterday, on 23rd July, Venkaiah Naidu nominated new members to various Department Related Parliamentary Standing Committees. Newly elected members were appointed to 24 related committees as the House gears up for its monsoon session which might begin soon. Out of the 24 standing committees 8 are headed by Rajyasabha members while the other 16 are headed by Lok Sabha members. All the members are entitled to be a member of standing committee.

Some panels which got additions of Rajyasabha members are – Home affairs, Agriculture, External affairs, Finance, Petroleum, Science and technology and industry, Energy panel, Urban development and Social justice panels. Energy panel got the highest allotment of 6 members, followed by Urban development and Social justice panels, 5 members in each.

There has been some rejig in the HRD committee in the wake of the altered educational scene in the country due to the pandemic. With online exams and deferred competitive exams, NDA government will also soon launch its new education policy. BJP leader Vinay P Sahsrabuddhe will be heading the panel while Jyotiraditya Scindia has also been appointed to the same committee. Former Loksabha deputy speaker M Thambi Durai is also in the same committee. They will also be accompanied by BJP leader Bhubaneshwar Kalita, and G K Vasan from Tamil Maanila Congress.

Among other prominent BJP leaders, Sudhanshu Trivedi has been allotted the energy panel, Arun Singh to water resources, Ashok Gasti to Social just and empowerment, Roopa Ganguly was nominated to the food and consumer affairs, Sanajaoba Leishemba was allotted the science and technology panel.Prominent Congress leaders like KC Venugopal has been nominated to trans[ort, tourism and culture committee, Shaktsinh Gohil to the Information Technology and Deepender Singh to the Law and Justice committee.

JMM founder Shibu Soren, who had stepped down from the cabinet of Manamohan Singh after being issued an arrest warrant at the time, is now in the Coal and Steel committee. CPM’s Elamaram Kareem is in the financial committee, TMC’s Dinesh Trivedi will be in the Home Affairs Committee, DMK’s Tiruchi Shiva will be in transport, tourism and culture panel, KTS Tusli from Congress is in the Energy Pannel and all the other members were distributed to various committees. Minister Ramadas Athawle hasn’t been nominated to any committee.

The 45 members who took their oaths on Wednesday will now be able to attend the meetings of their respective committees, but the 16 who haven’t, would be able to do so only after taking their oaths. India is now facing a series of problems like COVID 19, border tensions with China, economic problems and migrant labourers’ crisis. We are yet to see how these issues will be tackled in the upcoming monsoon session of the house.