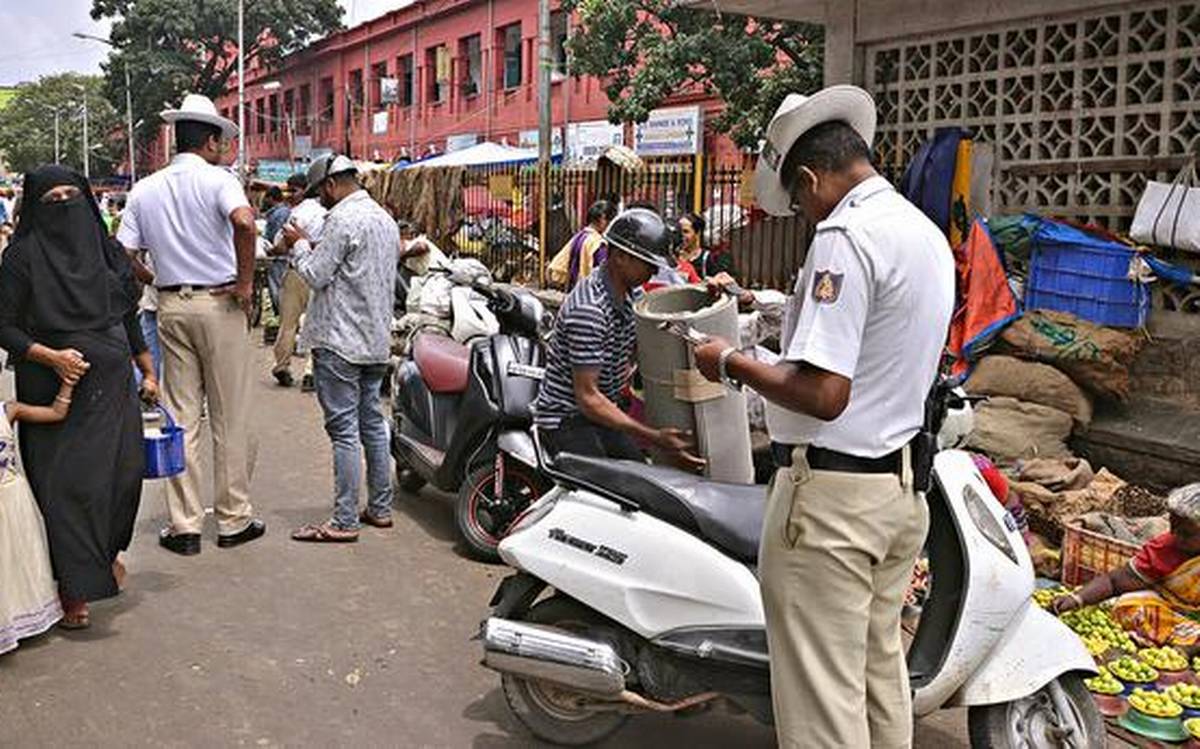 Bengaluru: A video of a traffic inspector assaulting a woman in the middle of the road goes viral. An assistant sub-inspector of traffic police was caught on camera while assaulting a differently-abled woman, Policeman grabbed the woman by her
hair and abused her on JC road.

This incident happened 3 days ago when a police officer was on duty, a stone reportedly hit their head as a result of it he got furious and grabbed her hair, continues to kick the woman and assault her on the on a crowded road. The police officer has been identified as R Narayan from Halasuru gate traffic police station. This scene happened when Narayan was on duty; towing vehicles parked in no parking zone. Incidents like this provide a strong base for public outrage against taking undue advantage of the power of police officers. Many citizens have expressed their anticipation via Twitter, have trolled policemen, and demanded action against his power against differently-abled women.

According to police sources, the woman, Manjula alias Manjamma (37), works as a parking lot attendant at the service road of JC Nagar, near My Sugar, a state body close to B Osman road. The police said that she lives in a standby cottage nearby and the money offered by the people who park their vehicle on service road is the only way for her surveillance. The entire stretch of this lane of the road comes under the No Parking zone and whenever she comes across towing vehicle, she throws a stone at them. This is repeated for a long time, Police said.Post to this incident, the Woman was taken to SJ Park police station where she was booked for assaulting a policeman on duty and remanded into judicial custody.

In the video, it is evident that Narayan is pushing the woman to the ground. He told his staff to call the Hoysala police to bundle her to the police station. It is said that Narayan continued to kick and torture her until Hoysala’s vehicle arrived at the
location. As a result of this heinous crime, Police officer Narayan has been suspended. Higher authorities of city police, home minister, and chief minister expressed their displeasure regarding this incident and cautioned all the authorities that Nobody is
allowed to take laws into their hands. There is a standard protocol to be followed for all the processes.

Given below is the video of the assault. Trigger Warning: Assault