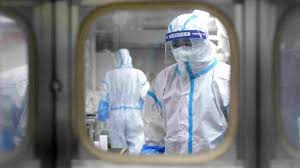 As India was pacing up it’s ‘unlockdown’ process, the scare of a probable third wave took the country by surprise. South Africa detected the first case of this new variant, and since there have been plenty of things said and written about the same. Is it the death knell right before the conundrum like in March earlier this year, or just another false alarm?

Since the last few months, the talks of the third wave and the probable reason for the same had become the topic of discussion. However, nothing seemed to materialize until the scare of the newly formed variant presented itself.

According to the authorities, the Delta variant continues to be the dominant one among those who catch the infection. As of December 11, the toll of Omicron is 32 across five states. Numerically, this accounts for less than 0.04 variants detected.

Luv Agrawal, joint secretary in the Union health ministry, stated that all the detected cases have shown mild symptoms. In the statement, the official also reiterated the need to boost the coverage of vaccination doses in the country.

Maharashtra has 17 people testing positive for the Omicron variant. Mumbai, the capital, has announced lockdowns to hold back the spread of the variant. The restrictions in the city will last for 48 hours.

“We shall keep a close tab on the situation and take a call on curbs following the guidance by the centre, the state task force and the chief minister”, said the Health minister of Maharashtra, Rajesh Tope.

Karnataka has made the RT-PCR for all the passengers, from ‘at-risk’ countries mandatory, along with a home quarantine of seven days.

“Availability of a variety of tests ensures faster testing of passengers and better compliance of Covid – appropriate behavior in holding areas at airports.” said a Government statement

Michael Ryan, the World Health Organisation’s emergencies director, stated that Omicron is less severe than Delta, and the present vaccines should serve the need better. However, the rise in cases will accelerate the rate of restrictions in the affected parts of the country.