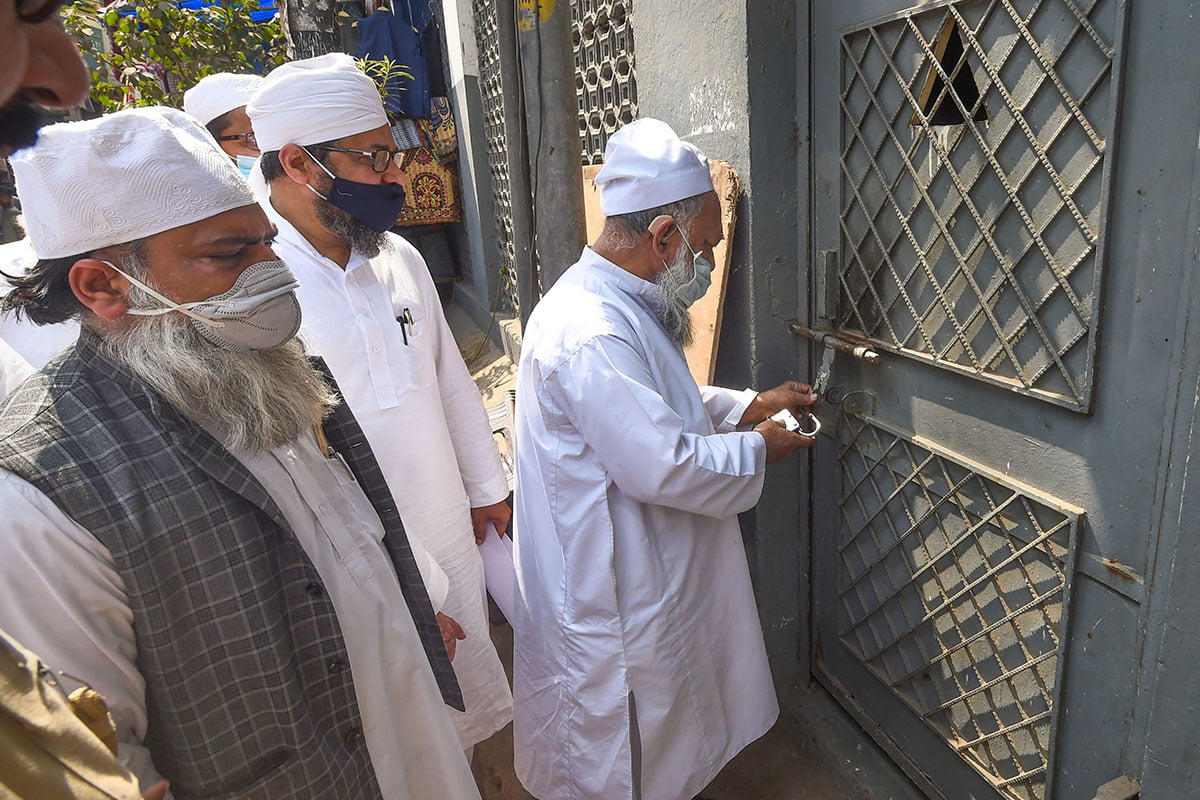 After being shut down for nearly two years after allegedly violating Covid-19 norms, the Nizamuddin Markaz has reopened on Thursday. They reopened it for two days for the devotees to offer prayers on Shab-e-Barat.

The Delhi High Court approved the reopening of three floors of the Markaz on Wednesday. The HC also told the mosque’s management that they needed to make sure that Covid-19 protocols were followed. According to police, the Markaz’s doors were opened, at 12:30 PM.

The mosque had come under controversy in March 2020 when several members of the Tablighi Jammat had congregated at the centre. The members had contracted Covid-19 and had violated the Covid-19 norms.

The HC court also lifted the restriction on putting a limit of 100 people on one floor, stating that the management had agreed to follow Covid-19 protocols.

The Markaz’s lawyer stated that the management will adhere to the DDA’s guidelines (DDMA). According to the guidelines, the mosque must ensure that devotees wear masks, maintain social distance, maintain good hand hygiene, and provide adequate ventilation in enclosed areas.

The Delhi Waqf Board had filed an application with the Delhi High Court, which was currently being heard. The board requested that the mosque be reopened in March and April for Shab-e-Barat and Ramzan.