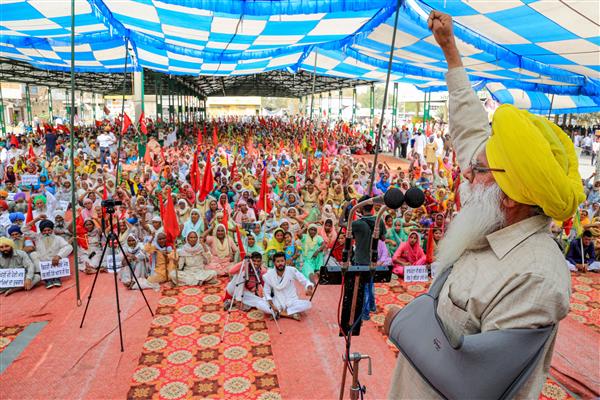 The MSP Loot Calculator is an initiative of the Jai Kisan Andolan, an integrant of the Samyukta Kisan Morcha who is spearheading the movement across the nation.

A new angle has been added to the ongoing farmers’ protest, the launch of MSP Loot Calculator. The idea behind this is to counter and highlight the false narrative created by the Central Government, where the ‘minimum support price’ for crops set by the Centre is denied to the farmers.

The farmers are using official data to show how the farming community is being paid way below the rates announced by the government. The “calculator” will calculate the losses incurred by farmers when forced to sell crops below the minimum support price.

The “MSP Loot Calculator” is primarily aimed at the middle class which, the protesters feel, is buying into the government’s narrative that farmers are receiving the MSP and so their movement is unjustified.

Jai Kisan Andolan founder Yogendra Yadav said while the government has been claiming that the “MSP was, is and will be there”, farmers have been forced to sell below the minimum support price and face huge losses for years.

Announcing the calculator’s launch at a news conference, Yogendra Yadav cited data relating to the daily procurement and modal price of the Bengal gram in all the mandis as published on agmark.net (a government website) between March 1 and 15.

Yadav said the MSP had been fixed at Rs. 5,100 per quintal but the farmers received an average price of Rs. 4,663 — a loss of Rs. 437 a quintal. Similar data will be released daily across social media platforms to show that the Bengal gram story repeats itself with most of the 22 other crops for which MSPs are announced.

According to Avik Saha, the national convenor of Jai Kisan Andolan — a nationwide movement dedicated to farmers’ rights, the calculator would be sharing new data every day showcasing the losses faced by farmers in different parts of the country in association with the sale of the variety of crops that they grow.

“Its purpose is to expose the false propaganda of the government that the farmer is getting the MSP announced by the government,” Mr. Saha said.

New findings by the loot calculator about different crops in different states and the losses incurred by farmers will now be shared daily on Jai Kisan Andolan’s social media pages, he added.

“From now on, every day the Jai Kisan movement will release the data of the plunder of the farmer in any state, any market or any crop,” Mr. Saha said.

Getting a written guarantee on the MSP has been one of the major demands being fielded by the farmers who have been protesting against the three farm laws at several Delhi borders for over 100 days now.