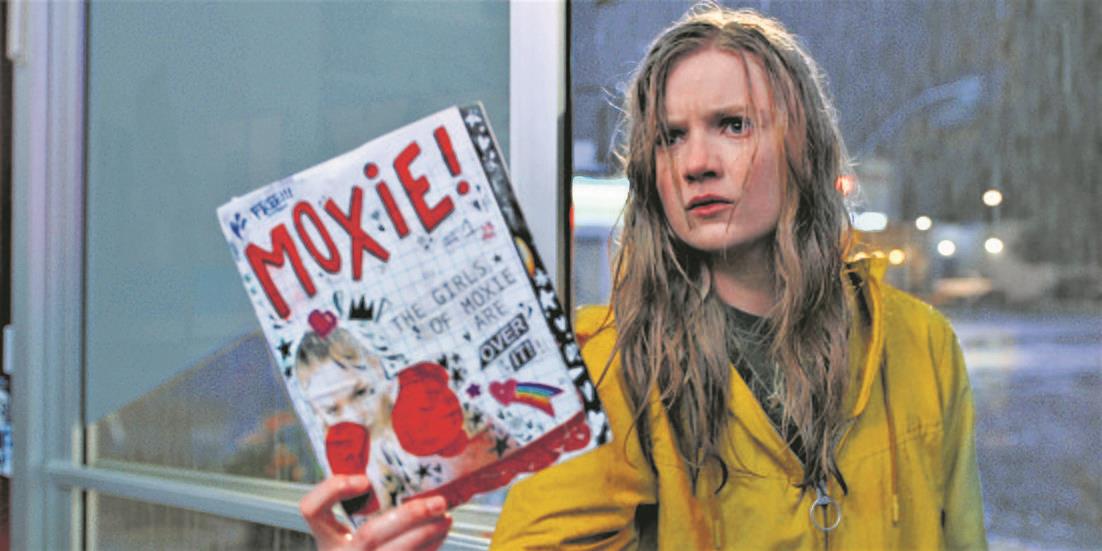 Let’s start it with the meaning of Moxie, what is it?

According to the English dictionary, Moxie means Confidence and Determination, or Courage to do something. Stand by your point or for someone, despite the oppression, and that is what the movie Moxie is all about. It shows us the power of Unity, specifically the unification of girls against the stereotypes that society has labeled them with. Here, you will encounter several Labels that are passed on to girls throughout their life, irrespective of where they come from or what their color is.

Most of the parts of this comedy-drama film were shot in a college or a setup of college with young actors and actresses. The starting scenes are just like an introduction of people in Vivian’s life, a 16-year-old girl who turns out to be a rebel. She goes to Rockport high school where she witnesses the courage of a brown girl, Lucy. Mentioning her “color” becomes essential because that’s what her identity becomes in the college. Lucy is the one who ignited the rebel inside Vivian. It was her standpoint against the wrong that made Vivan go the extra mile and support her. Then there’s a Bully Boy, the most famous person in the high school. Along with all this, you will come across a brave mom and also a biased principal, but the eye-catching part will be the Rebellious Girls, or putting it correctly, the Courageous Girls. We also came across men like Mr. Davis, an English teacher, who doesn’t know whom to support and just tries to balance out his opinions.

Some critics labeled it as a “Feminist Movie” but this cinematic piece is beyond that. One can observe several little moments, the movie tried to highlight. Be it the relation of mother and daughter, or some classmates unifying with an unknown power. The script was well-written but the performance was not up to the fascinating plot. However, on one hand, the movie introduces us to emotionless bully boys, whereas it also gave us ‘Seth’ and hope that #notallmen, is true.

The plot is intriguing and must not be revealed but what one should know before giving it a watch is;

Let’s talk about the ideologies that Amy Poehler, the director of Moxie tried to convey. So, it clarified the difference between “just annoying” and a “Bully”, and that one must stand against the wrong. For oneself or someone else, you should take your stand, because somewhere someone will get motivated from you and that will make a difference.

The whole motto of Moxie is to value the power of unity and stop the stereotypical ideologies.