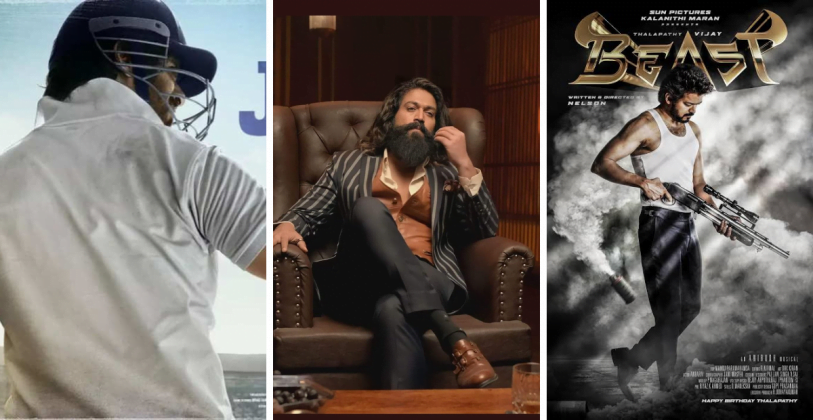 The much-anticipated KGF 2 is expected to hit theatres on April 14, 2022. The movie has generated a lot of hype online, presumably making other directors worried about their upcoming releases. Many films have adjusted their plans as a result of the KGF 2 trending on Twitter.

Lal Singh Chaddha, the Bollywood remake of Forrest Gump, starring Aamir Khan, was set to be released on April 14, 2022, but was postponed owing to scheduling conflicts with KGF. The film’s release date has been moved to August 2022. Due to this, the Prabhas-starrer Adi Purush, which was set to be released in August, has been slated to release at a later date than August, which was the original plan.

However, KGF 2 will still clash with Beast, which stars Vijay. This film is also one of the most anticipated in 2022. In addition, the film will also compete with Shahid Kapoor’s ‘Jersey,’ which is an adaptation of the Telugu blockbuster.

This chaos with film dates of major stars clashing has created a frenzy on Twitter.

"SOLO RELEASE ALL OVER INDIA"

Being a #Prabhas fan is the is the toughest thing in the world #Salaar to #kgf2
Now #Adipurush to #LaalSinghChaddha 💔🙏😭 https://t.co/m8HccSqVxm pic.twitter.com/YWMThDPLgZ

In this article:#aamirkhan, KGF2, prabhas