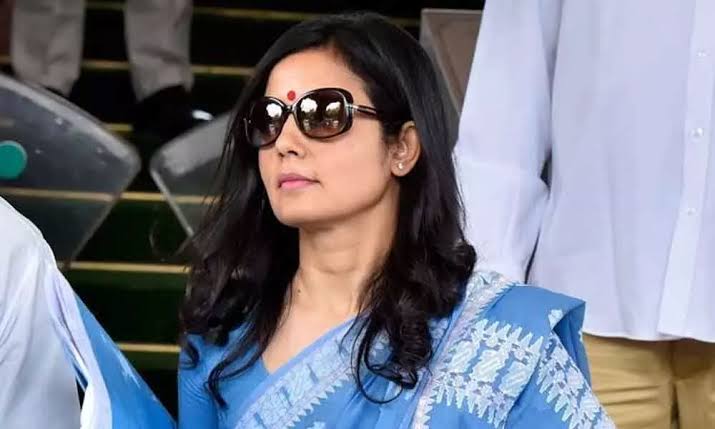 Mahua Moitra, a Trinamool Congress (TMC) lawmaker, has frequently made headlines for her outspoken charisma, whether it was for her scathing first address in the Lok Sabha or her tweet criticising the Gyanvapi mosque case.

When asked about the debate surrounding a movie poster that featured a woman costumed as Goddess Kaali smoking a cigarette, she made some statements that once again sparked a debate.

Canadian filmmaker Leena Manimekala, who was born in Madurai, received harsh criticism for supposedly disrespecting the goddess by sharing the poster for “Kaali” on Twitter on Saturday. On Tuesday, several police complaints were made against her in Delhi and Lucknow.

“For me, Goddess Kali is a meat-eating and alcohol-accepting goddess. And if you go to Tarapith (a major Shakti peeth in West Bengal’s Birbhum district), you will see sadhus smoking. That is the version of Kaali people worship (there). I, within Hinduism, being a Kali worshipper, have the right to imagine Kaali in that way; that is my freedom,” she said.

The TMC disassociated itself from party MP Mahua Moitra’s inflammatory comments about goddess Kaali and declared that it does not support them “in any manner or form” an hour after they were made.

The comments made by @MahuaMoitra at the #IndiaTodayConclaveEast2022 and her views expressed on Goddess Kali have been made in her personal capacity and are NOT ENDORSED BY THE PARTY in ANY MANNER OR FORM.

Moitra then emphasised that she “never backed any film or poster or mentioned the word smoking.”

In the meantime, the West Bengal police were given an ultimatum by the BJP, who also sought her arrest.

Suvendu Adhikari, leader of the opposition in the state Assembly, said that “I will give the Bengal police 10 days to file an FIR and arrest her. If that does not happen, then I will move the court on the 11th day against Moitra. If Mamata’s police are so proactive in Nupur Sharma’s case, the same treatment should be here too.”

At Kolkata’s Bowbazar Police Station, the BJP Mahila Morcha filed 56 complaints against Moitra on Wednesday, demanding the MP’s immediate arrest. However, she did receive immense support on social media.

. @MahuaMoitra is awesome! More power to her voice! 💛

By condemning Mahua Moitra’s comments on Kali, the TMC has hurt the sentiments of all Bengali Hindus who offer meat and alcohol to goddess Kali as bhog. It is a widespread religious practice in West Bengal and TMC was not expected to be oblivious of its home state's culture.

However, Moitra asserted that she was “not afraid of anything” and now extended a sort of challenge to the BJP.

“Bring it on BJP! Am a Kali worshipper. I am not afraid of anything. Not your ignoramuses. Not your goons. Not your police. And most certainly not your trolls. Truth doesn’t need back up forces,” she said.

Bring it on BJP!

Am a Kali worshipper. I am not afraid of anything. Not your ignoramuses. Not your goons. Not your police. And most certainly not your trolls.

Truth doesn’t need back up forces.