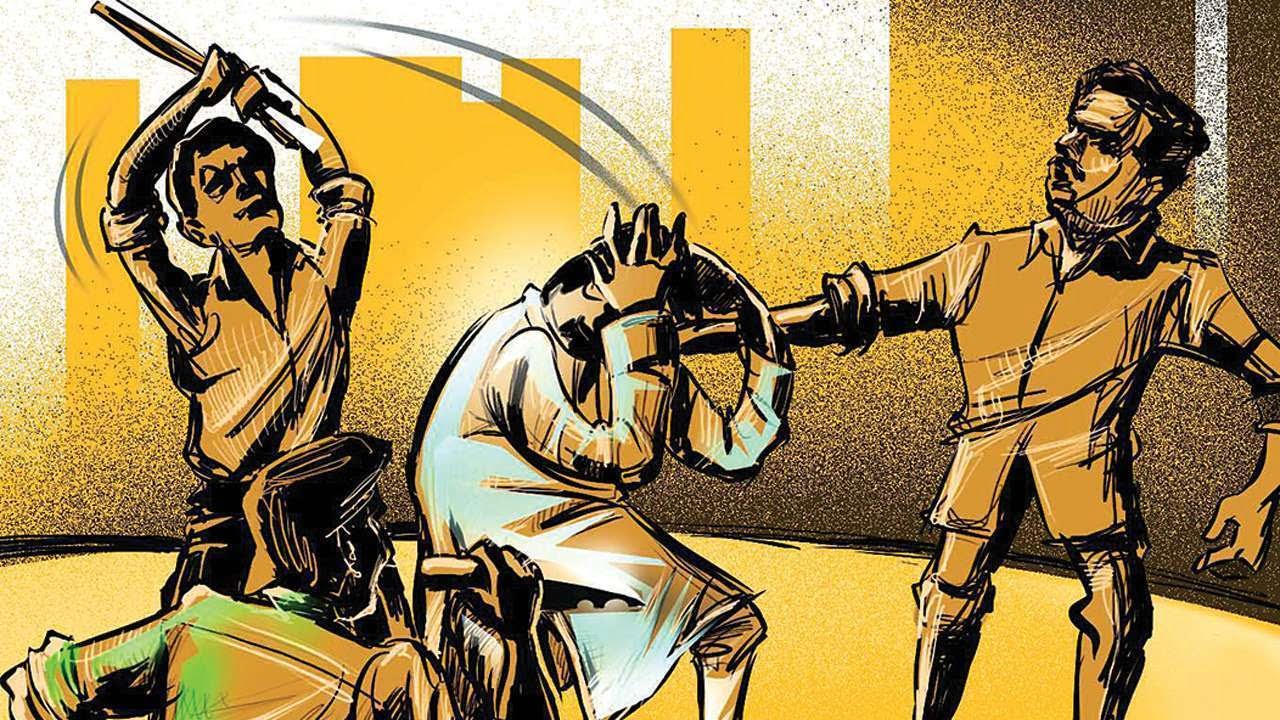 Three men, suspected to be from Bangladesh were lynched by the villagers in Assam’s Karimganj on the night of 18th July, as they had allegedly crossed the border illegally and tried to steal cattle. The incident took place at Bogrijan tea estate under Patharkandi police station. Police said that a rope, fence cutter, wires and some food items have been recovered from the dead men. A similar incident had occurred, on 1st June, when a Bangladeshi man was lynched as the villages suspected he was a cattle smuggler.

Mob lynching! Cattle smuggling! Cow slaughtering! Gau Rakshak! Cow vigilante! Oh, how these words have now become a part of our daily news. Lynching is when a group of people take matter into their own hands and deliver immediate punishment to the people who they think have committed a mistake. They think that they have a responsibility towards the society, culture and law and order may not be able to fulfil those responsibilities. Technically, mob lynching is when a violent group of people attack a person or a group of people and assault them, sometimes unto death. Some of the common causes why lynching occurs these days are cow slaughter/smuggling, rape crimes and child lifting where the mob thinks, the culprits will go unpunished due to the judicial system of the country. Before moving any further, let us look at a few recent incidents of mob lynching and why they occurred.

What seems like petty reasons, have taken away the lives of these and several more people, simply because the mob thinks that it has the power to do anything they want. The Quint has a log of the victims of mob lynching in India with details of what led to their lynching. If you are easily triggered by such information, it is suggested to not open the link, otherwise take a look to understand the plight of minorities in our country. https://www.thequint.com/quintlab/lynching-in-india/

The victims of mob lynching have mostly been minorities. The rate of acceptance of lynching as immediate punishment is higher when the alleged crime is committed by Muslims, Dalits or Christians, said a case analysis. According to a factchecker database, Hate Crime Watch, Muslims who constitute 14% of Indian population have been victims in 60% hate crimes, Christians whose population is 2% have been victims in 14% hate crimes and the majority Hindus who constitute a 79.8% population have also been victims in 14% cases. A study by the Common Cause and CSDS revealed that 50% cops feel Muslims are naturally prone to crime. Also, 35% of police personnel interviewed for the survey thought it is natural for a mob to punish the “culprit” in cases of cow slaughter, and 43% think it is natural for a mob to punish someone accused of rape.

One of the main executors of lynching these days are the self-proclaimed Gau Rakshaks or the Cow vigilante. This sort of vigilance is the use of physical force for the sake of “cow protection” and assault people who legally or illegally transport, slaughter or consume cattle. According to a report in Reuters, since 2014, when the Bharatiya Janatha Party came into power, there has been a surge in cow vigilante violence cases. Within the period of 2010-2017, 63 cow vigilante attacks had taken place in India, mostly since Mr Modi’s government came to power. The casualties included the death of 28 Indians, 24 of them Muslims, and 124 more people were injured.

Why has there been a raise in the lynching of minorities, mainly Muslims and Dalits since 2014? Dalits are often attacked as they are responsible for disposing cattle skin and carcasses. According to vigilante groups, they feel empowered by the victory of Hindu nationalist BJP in National elections. They are of the opinion that they are protecting the rights of Hindus as the police do not adequately deal with cow slaughterers. In 2015, campaigning for the Bihar elections, Sushil Kumar Modi, a BJP leader, said that the election was “a fight between those who eat beef and those who are against cow slaughter”.

The access to internet has made it much easier to gather a mob now. Many incidents of mob lynching have taken place after a picture of a person who is accused of an alleged crime is circulated on WhatsApp and other social media sites. We can consider the recent Delhi mob violence case where the entire planning of a big scale attack took place only on WhatsApp. Feelings of hatred, religious ideologies, rage and nationalism have risen to a level where people think that killing or assaulting other people will help them protect their religion, their nation.

Today, we offer no critic, we don’t have to post our opinion. We have presented you with facts. We all belong to one community, that is humanity. Any person with humanitarian values will find it difficult to accept that the minorities of our country are being subjected to physical, emotional and psychological abuse on a daily basis, for insignificant reasons. They are scared every time they have to set foot out of the house, as they never know what might offend the majority groups. As citizens, as humans, we know what we should do. We know what to condemn and how to stand up for our fellow human beings. We know the right from the wrong. Mahatma Gandhi once said, “Our ability to reach unity in diversity will be the beauty and the test of our civilization”. Today, ask yourselves, “how well are we faring in that test?”.