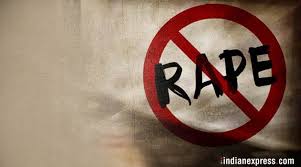 A whole new side of Chitrakoot, in Uttar Pradesh came to light on 8 July after India Today’s report. 12-14-year-old, minor girls are being sexually exploited by employers on a daily basis and the girls have no options but to succumb to their demands for their daily wage. The post corona times have been even more difficult for the girls and their families as it is difficult to get work. These girls, mostly from tribal communities have to sell their bodies for a mere amount of 150-200 rupees every day. No child protection laws have shielded them from this exploitation.

‘Beti Bachao, Beti Padhao’, the political leaders cry every chance they get. But at the times when these girls should have been in school, getting educated, building a brighter future for themselves, their struggle with poverty has led them to this horrific state. These girls from the nearby villages such as Karvi and Dafai go to seek work in illegal mines for their daily bread. The contractors and middlemen offer them jobs with one condition; they must let those men sexually abuse them. Left with no alternatives, the girls agree. Even after, the girls are not paid full wages. If they ever rebel against the men, the men threaten them and tell that the girls will lose their jobs.

Some of the girls interviewed by the TV channel said that the contractors have installed beds behind the mines where they take the girls to exploit them. The girls must go one after the other and the men take turns raping them. If refused, they beat them. The girls say that it is quite painful, but they bear it. They sometimes think of leaving everything and running away or dying. These men also compel the girls to wear makeup everyday and new bangles often. If not worn, they question them asking “what did you do with all the money we gave? Where did you spend it?”

The families of these girls are also aware of these mishaps. The girls sometimes narrate what happened at work. The parents said that poverty hasn’t left them any choice. In one of the families, the girl’s father is severely ill, and they need the money for his treatment. Especially since the lockdown they have turned every nook and corner trying to get a job. Thus, when these men offered these jobs promising a daily wage of 300-400 rupees, they had to agree. However, the wages aren’t being paid in full.

The Kol tribe inhabits this region of Chitrakoot. There are almost fifty stone crushing workers from here. They are all faced with similar problems of hunger and unemployment and working in these mines is their only source of wage. The contractors and middlemen, aware of these weaknesses sexually abuse the women and children. The extent of this exploit has been so intense that a few women have stopped working in the mines and they also don’t send their daughters anymore.

After seeing these reports, Nobel prize winner, Kailash Satyarthi has demanded a thorough investigation by the UP government in this matter. He tweeted “The news of rape and the selling of minor girls for sex in Chitrakoot is utterly shameful. Incidents like these are unacceptable in any civilised society. I urge CM Yogi Adityanath to initiate a high-level independent enquiry into the matter”. There has also been an outrage on twitter with people from all over urging Chief Minister Yogi Adityanath to take proper action against these authorities.  The National Commission for Protection of Child Rights (NCPCR) has written to the District Magistrate of Chitrakoot and UP Child Rights Commission about the matter and asked the local authorities to file FIRs.

The UP Police and District Magistrate were in denial mode even before investigating the matter. They maintained that no girl was exploited as stated in the TV report. They also said that following the report the police went to the village to question these girls and they spoke nothing of the matter. They are saying that they are not trying to cover up anything and doing an honest investigation. Apparently, the girls and their families denied these claims in the presence of the DGP. Local sources have told the TV reporters a different story. The village head gathered all the people of the village and instructed them about the way they must speak when the police ask them. Although the report is true, the villagers cannot speak about it to anyone, they said.

This is not the first case of women exploitation in Chitrakoot. Earlier in April this year, a 16 year old Dalit girl lodged a complaint alleging that a 24 year old man raped her after giving her intoxicants and also kept raping and blackmailing her for a month after that. In 2018, a lower caste woman had accused one Deenbandhu Pandey of raping her when she went to his medical shop to buy some medicines. He gave her a drug which made it not possible for her to move her limbs and then raped her. When complained to the local police, the investigation did not go anywhere as the alleged molester was of the upper caste and the women’s claims were dismissed due to her caste status. Several other cases of rapes and gang rapes of the Dalit women have gone unnoticed or uninvestigated since many years.

Coming back to the minor girls’ case, the UP Child Rights Protection Commission have said that they have sent a team to investigate the matter. The ASP of Chitrakoot has also said that even though they haven’t heard of or received any complaints on the matter, the village guards have been instructed to stay vigil and alert and report every incident that happens in the village to the Police. Rahul Gandhi, Randeep Singh Surjewala, Abhishek Manu and other Congress leaders have demanded a full enquiry of the matter on Twitter. The local administration and Police department should now take up strict investigations and ensure justice for the girls and their families.