With Russia invading Ukraine in an all-out invasion, East Europe has felt most of its effects as energy prices and food prices have soared in the past week. However, another effect of the war will be seen in the Middle East and North Africa region (MENA) soon. The MENA region is one of the most politically and economically unstable regions of the world and heavily relies on imports.

🇺🇦 The #Ukraine war may be miles away from families in the Middle East. But many fear it will be felt in their kitchens.

🌾 Russia and Ukraine export 29% of world's wheat. The crisis has sent food prices to a 13-year high.

Ukraine and Russia are the world’s key wheat-producing countries and they are among the key exporters of wheat. While Russia is the world’s largest wheat exporter, Ukraine’s wheat exports rank among the top five worldwide. Normal wheat harvests begin in July, according to experts, and this year’s yield is expected to be healthy. Under normal circumstances, this would have resulted in an abundance of supply for global markets. Wheat exports to the rest of the world, however, were set to be harmed as a result of the Ukrainian conflict.

Furthermore, the sanctions and expulsions of some Russian banks from the SWIFT banking system will harm the country’s exports. Additionally, exports stated that a global food crisis and supply chain disruption caused high inflation as a result of the coronavirus pandemic. A war like this would drastically shoot up the prices.

Turkey, a country that is on the borders of Europe and comes in the Middle East will be one of the first few countries to face the heat of rising prices. Although the country produces nearly half of the wheat it consumes, it has increasingly reliant on imports. Nearly 85% of the wheat imports come from Ukraine and Russia. The war is expected to make the lives of ordinary Turkish citizens hard as they have started to see inflation in bread prices and a bigger surge in electricity bills. 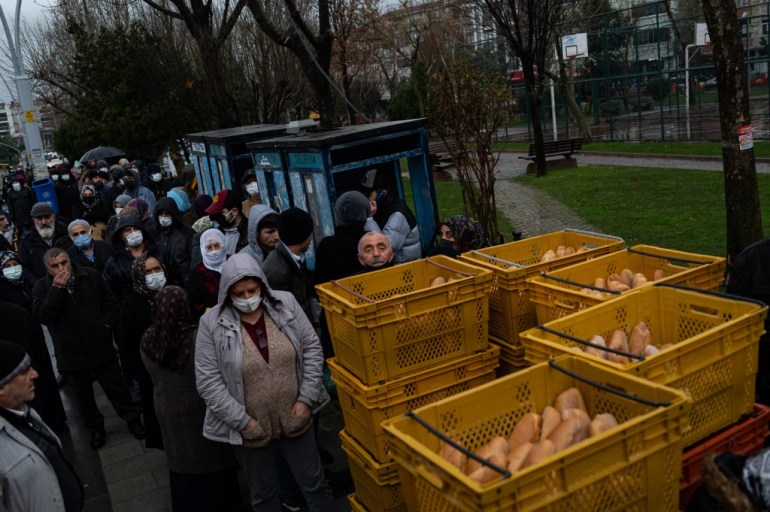 Other countries in the MENA region which are extremely reliant on imports will soon face the heat of the war. According to experts, Tunisia will be a country where it could face an economic scenario that would be equivalent to Lebanon. In addition to Tunisia; Egypt, Yemen and Sudan are expected to face a similar problem of inflation and food shortages.