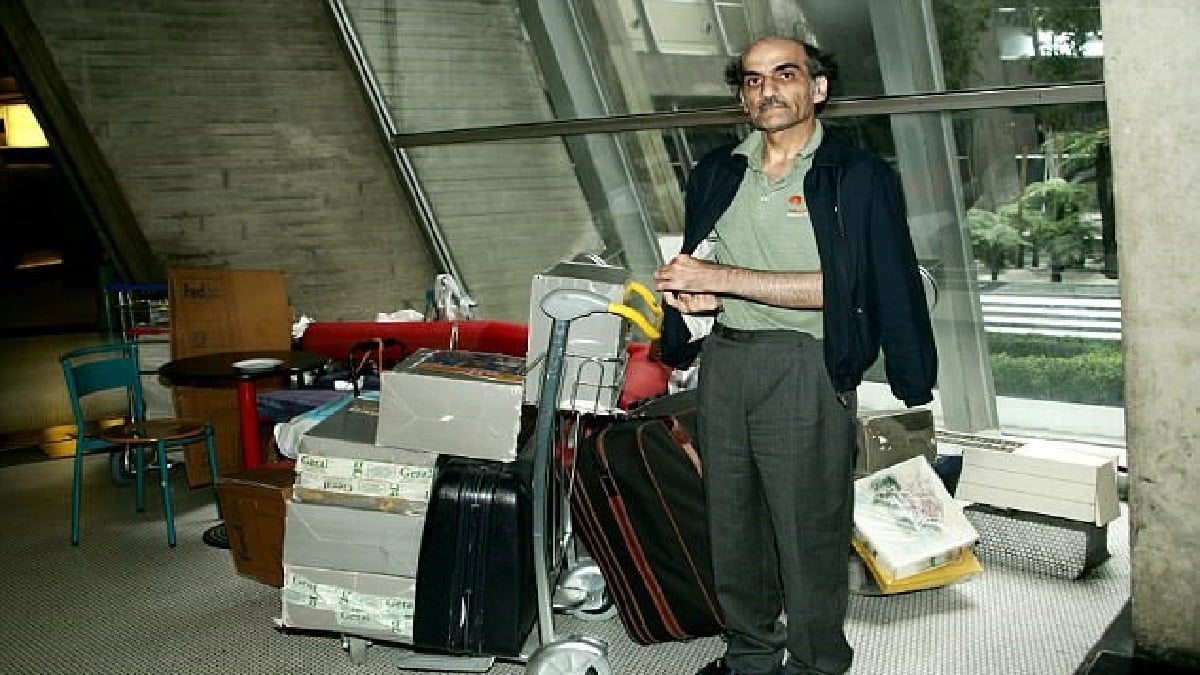 Mehran Karimi Nasseri, the Iranian refugee whose time at Paris’ Charles de Gaulle airport inspired filmmaker Steven Spielberg’s film ‘The Terminal,’ died of a heart attack on Saturday in Terminal 2F of the same airport, Variety said. According to the outlet, Mehran, also known as Sir Alfred, had been residing in the airport again in recent weeks. He lived in Charles de Gaulle Airport’s Terminal 1. He had several thousand euros on him. Mehran Karimi Nasseri With The Poster Of The Terminal
Image Source: NDTV

Mehran Karimi Nasseri, born in 1945 in Masjed Soleiman, in the Iranian province of Khuzestan, arrived at the airport in November 1988 after flying from Iran to London, Berlin, and Amsterdam in search of his mother. The United Kingdom denied him political asylum as a refugee despite the fact that he had a Scottish mother. Initially caught in an immigration trap, unable to enter France and with nowhere to go, he became reliant on his unconventional residence and became a national and worldwide cause celebre. Karimi Nasseri’s unusual story piqued Steven Spielberg‘s interest, spawning the 2004 film “The Terminal,” starring Tom Hanks and Catherine Zeta-Jones. When his home nation descends into revolution, Hanks plays a man who finds detained at New York’s JFK airport. According to the official, Karimi Nasseri returned to the airport a few weeks ago after spending the majority of the money he received for the film.

According to Variety, he purposefully opted to live at the airport after declaring himself stateless, and his luggage always accompanied him. An informal support network formed around him at Roissy-Charles de Gaulle airport, supplying food and medical assistance, as well as books and a radio. He was awarded refugee status and permission to reside in France in 1999. 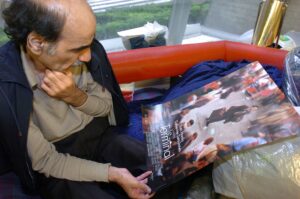 “I’m not quite sure what I want to do, stay at Roissy or leave,” he remarked after receiving the right to live in France. “I have papers, I can stay here, I think I should carefully study all the options before making a decision.” He didn’t leave right away. “He no longer wants to leave the airport,” his lawyer at the time, Christian Bourguet, stated. “He’s scared of going.”