Meghalaya crisis: Why is Shillong in a state of turmoil after former militant’s death? 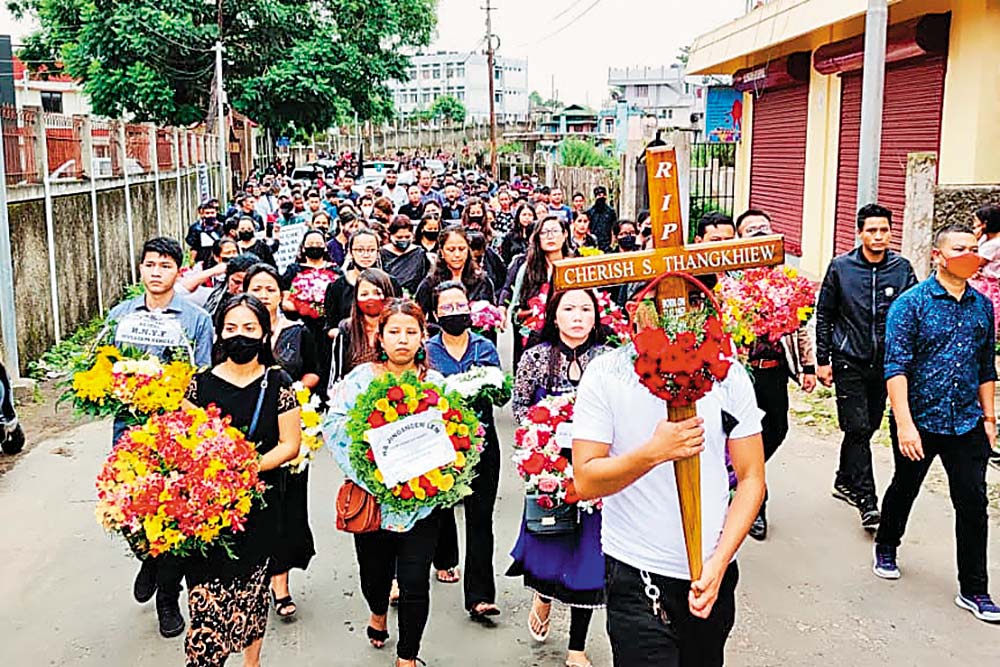 With the death of Cherishterfield Thangkhiew – former leader of the outlawed militant group Hynniewtrep National Liberation Council (HNLC) – in an encounter during a raid at his residence in Shillong on August 14, absolute mayhem broke out in the city. Consequently, supporters of HNLC took to streets to protest. This was followed by stone pelting, vandalism and arson that rocked Shillong.

It is worth noting, that the crisis in Meghalaya dates back to August 10, when a low intensity bomb blast took place in the parking lot of Iew Shillong market. The loud blast was heard at around 1.30 pm in Laitumkhrah following which, the bomb disposal squad reached the spot and it was learnt that an Improvised Explosive Device (IED) had caused the explosion. No casualty was reported, however, two persons sustained minor injuries.

Soon after the incident, probe was initiated into the matter and according to the findings of Meghalaya Police, Thangkhiew, former leader of HNLC, and few other persons were behind the IED explosion. “In connection with the case registered in East Khasi Hills District regarding the IED explosion, thorough investigations were conducted. From material evidences collected, there were clear indications linking the involvement of Shri Cherishterfield Thangkhlew,” the police said in an official statement.

Consequently, the team exerted their right to “private defence” and fired a single round. Unfortunately, it hit Thangkhiew, following which, he was rushed to Civil Hospital in Shillong. However, he succumbed to his injuries later on Saturday. According to Thangkhiew’s family, he was killed in a “fake encounter”. Moreover, they described the killing as a “cold-blooded murder”. The incident brought protesting mobs out on the streets for his funeral which was held on August 15.

As a result of the alleged encounter, chief minister Conrad Sangma’s residence was attacked by agitated mob. They threw petrol bomb into the compound due to which CM Sangma and his family had to be shifted to a safer place.

In order to curb the violent protests that erupted in several parts of the city, Shillong was placed under curfew till Thursday. Moreover, internet was also suspended for 72 hours in four districts – East Khasi Hills, West Khasi Hills, South-West Khasi Hills, and Ri-Bhoi beginning from 6 pm on Sunday. Notably, the curfew was lifted on Wednesday from 5 am to 4 pm in most parts of Shillong city. Additionally, calling for a judicial investigation “to bring out the truth” behind the killing of Thangkhiew, Home Minister Lahkmen Rymbui resigned on Sunday.

56-year-old Thangkhiew was the founding general secretary of the militant organisation HNLC. He reportedly came over-ground in Shillong in October 2018. On one hand, the government asserted he had “surrendered”. On the other hand, Thangkhiew stated that he had “retired” due to ill health.

According to reports, Thangkhiew stepped into militancy in 1987. Back then, he was the co-founder of the first prominent separatist militant tribal organisation of the state – Hynniewtrep Achik Liberation Council (HALC). Later, he joined the HNLC, which is notorious for frequently calling strikes, extortions, boycotting Independence Day, and so on during the early 2000s.

It may be noted that the HALC later split into HNLC. The HNLC represented the Khasis and the Jaintias, while another organisation, the Achik Matgrik Liberation Army (AMLA) represented the Garos. Later, ALMA was replaced by the Achik National Volunteers Council (ANVC). “HNLC wanted independence from India, while ANVC wanted a Garo homeland, but within the Constitution of India,” said an observer, according to a report in The Indian Express.

Why was the public furious over the death of a militant?

Following the death of Thangkhiew, public in Shillong declared Sunday as “black flag day”. They held processions and put up banners in the city to demand justice for him. According to the protestors, the public reaction was triggered mainly because of the government’s laid back attitude over several issues, and not solely for the death of the former HNLC leader.

“Their lackadaisical attitude through the lockdown, the corruption has made people weary — the encounter killing was the last straw,” the report quoted an observer as saying. Moreover, illicit coal mining, scams, poor governance, and loss of public trust, were also some of the reasons behind the unrest, alleged the observers.

Fall of Afghan and Saigon