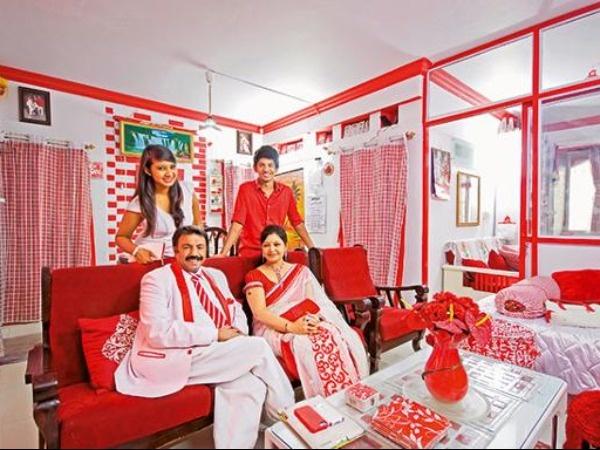 The entirety of this Bengaluru real estate agent’s home is red and white, including the house doors, electronics, and clothing. Sevenraj has become a local celebrity due to his strange infatuation with the colours red and white and the number seven.

Sevenraj was raised in Bangalore, where he was born. He was given the name Number Seven because he was the family’s seventh child.

Due to a marketing gimmick conducted by his firm, he became fixated on the colours red and white, and because of the uniqueness of his name, he is also obsessed with the number 7. It also drove him to learn and speak seven different languages.

His phone number and car licence plate both end in 7777, which brings us to his fixation with the number 7. Regarding clothing options, his coat must have only seven buttons.

With his production company Seven Raj, Sevenraj has also entered the film industry, and his debut feature, Chaddi Dost Kaddi Alladusbutta, is currently under development.