Justice Uday Umesh Lalit was appointed as the 49th Chief Justice of India (CJI) by president Draupadi Murmu. He will take over his new responsibility on August 27.

Mr. Lalit has been appointed on the recommendation of CJI NV Ramana, who will demit office on August 26. He will have a 74-day long tenure as Chief Justice, and will retire on November 8. Born on Nopvember 9, 1957,  Justice Lalit would have to retire soon, in line with the rule that a Supreme court judge retires at 65; while the same is 62 for the High Court.

“In exercise of the powers conferred by clause (2) of Article 124 of the Constitution of India, the President is pleased to appoint Shri Justice Uday Umesh Lalit, judge of the Supreme Court, to be the Chief Justice of India with effect from 27 August, 2022,” a Law Ministry notification said.

Justice Lalit will be the second CJI who was directly elevated to the apex court Bench from the Bar. Justice S.M. Sikri was the first lawyer to be elevated directly to the top court bench in March 1964 and went on to become the 13th CJI in January 1971.

Meanwhile, Justice Ramana congratulated his successor and wished him a glorious tenure as the next CJI of India. “Shri Justice Ramana expressed confidence that with his long and rich experience in the Bar as well as on the Bench, Shri Justice Lalit will take the institution of the judiciary to greater heights through his able leadership,” a statement from an official of the Supreme Court said. 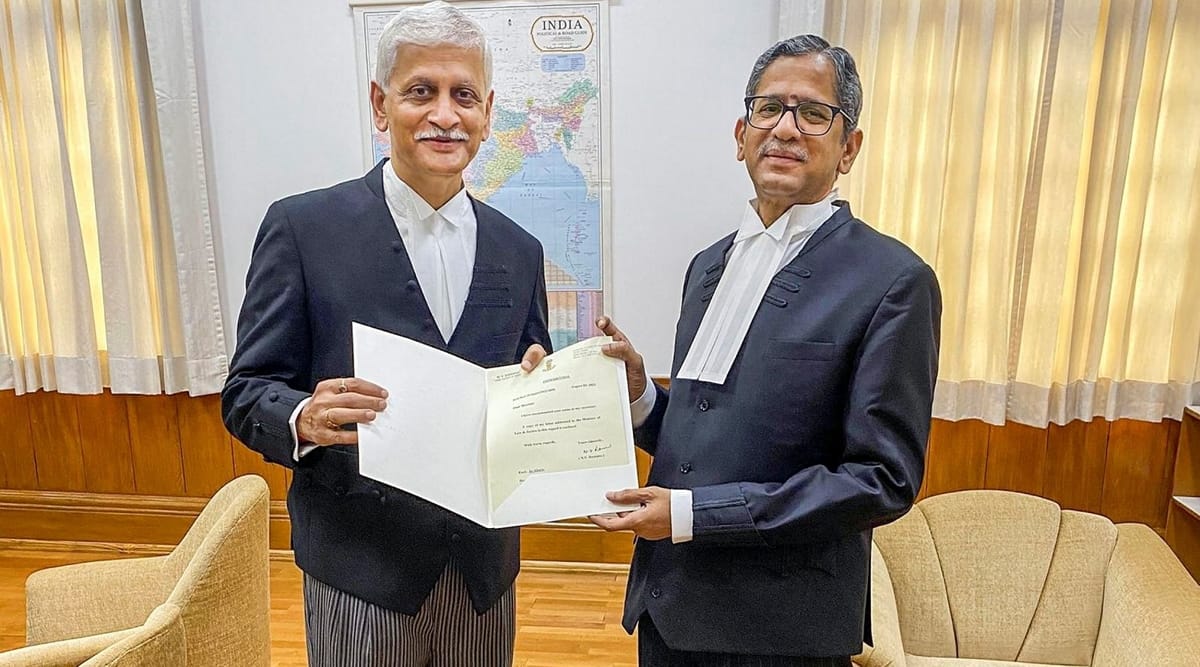 Justice Lalit has been a part of several Supreme Court judgments,  including the one which held the practice of divorce through instant triple talaq among Muslims illegal and unconstitutional. While the then CJI J.S. Khehar and Justice S. Abdul Nazeer were in favour of putting the triple talaq judgment on hold for six months and asking the government to come out with a law to that effect; Justices Kurian Joseph, R.F. Nariman and Lalit held the practice as violative of the Constitution.

Justice Lalit was also involved in the case of the Travancore royal family’s claim of management rights of the Padmanabhaswamy Temple in Kerala and a judgment on the law involving sexual offences against children (POCSO).

Justice Lalit started his legal career at the Bombay High Court. He then shifted his practice to Delhi in January 1986, and in April 2004, he was designated as a senior advocate by the apex court. He was appointed a judge of the Supreme Court on August 13, 2014.