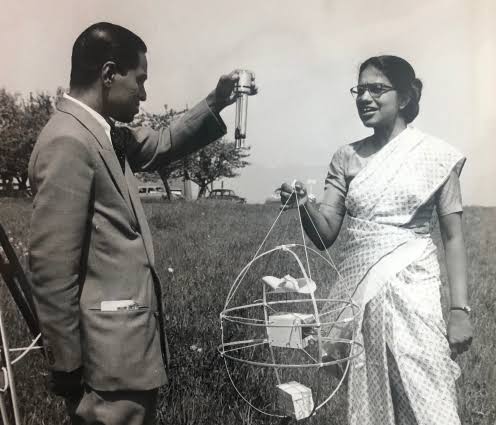 The 140th birthday of Indian scientist and meteorologist Anna Mani, who made a significant contribution to the development of meteorological instrumentation, was commemorated by Google with an unique doodle on 23rd August.

She is often referred to as the “Weather Woman of India” due to her contributions to the India Meteorological Department.

Anna Mani, a Syrian Christian who was born in Kerala in 1918, is credited with making numerous significant contributions to the fields of physics and meteorology.

Her work paved the way for India to utilise renewable energy and enabled the nation to create precise weather forecasts.

Mani, a renowned meteorologist and former Deputy Director General of the Indian Meteorological Department, also made important advancements in the instrumentation of solar radiation, ozone, and wind energy.

She studied physics and chemistry before working with Prof. C V Raman to study the optical properties of diamond and ruby.

Despite authoring five research papers, she was denied a PhD because she lacked a physics master’s degree.

She was so successful in this maledominated sector that she was named the division’s chief in 1953.

More than 100 weather instrument designs were standardised and made simpler for production under her direction. Anna Mani was a pioneer in the use of alternative energy.

Anna Mani held various important positions within the United Nations World Meteorological Organization and rose to the post of Deputy Director General of IMD after obtaining a great deal of expertise and knowledge.

She was awarded the INSA K. R. Ramanathan Medal in 1987 in recognition of her outstanding contributions to science.

Anna Mani was named as a Trustee of the Bangalore-based Raman Research Institute following her retirement. She also established a business that produced solar and wind energy equipment.