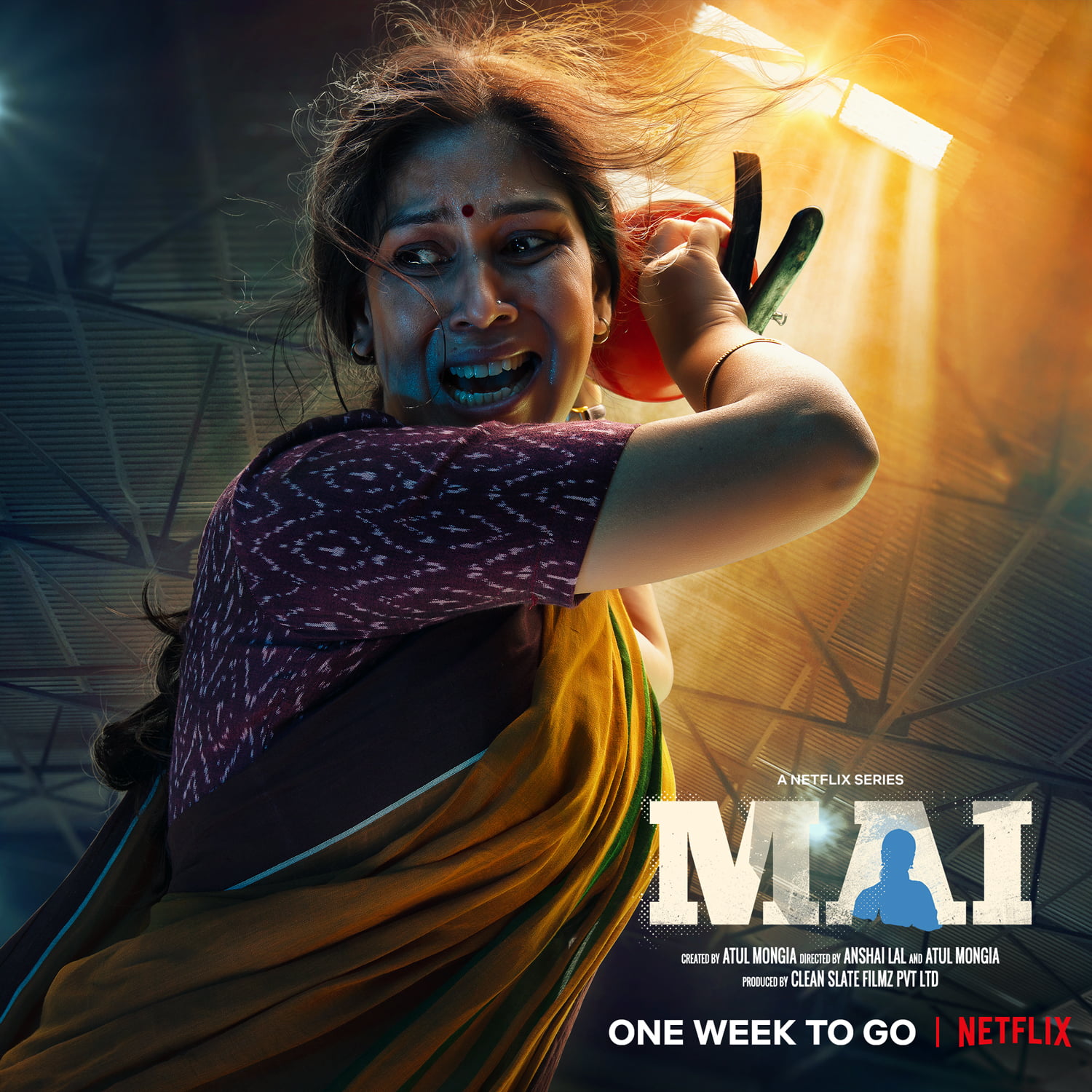 Plot: Sheel Chaudhary (Sakshi Tanwar), a middle-class woman, witnesses her daughter, Supriya, being hit by a truck. Soon after the accident, she realises that it isn’t simply a hit-and-run case, but rather something huge, which feeds her determination to unearth the truth.

Review:  ‘Mai’ echoes the same crime-and-revenge genre as the 2017 Bollywood thrillers— ‘Mom,’ starring late Sridevi and Raveena Tandon’s comeback flick ‘Maatr.’ They are comparable in many aspects, particularly the fundamental idea, which revolves around a humble and ordinary mother seeking vengeance for her daughter. In this series, Sheel’s life is flipped upside down when she witnesses her daughter Supriya’s tragic death. At first glance, it looks to be an accident, but Sheel quickly realises that something isn’t quite right, and Supriya’s death might have been an intentional murder. Following that, she sets off on a trip to discover the truth.

It’s set in a Lucknow very far away from its ‘nazaakat-filled gallis’, inhabited by people in very different spheres who normally wouldn’t have known of each other’s existence, till a fatal collision brings them together and changes all their trajectories. This is a conceit we’ve seen before, but what ‘Mai’ does is to refresh it by including an unusual ensemble, led by a homely, soft-spoken mother hell-bent upon avenging the killing of her daughter.

Just how does a woman who divides her time between her family and the sleepy inmates of an old age home, suddenly become equipped to take on complicit cops, a dodgy businessman (Prashant Narayanan), a hard-eyed female gangster (Raima Sen), and brutal baddies, without turning a hair? This, and more of the same (have fence, will jump over it, sari and all, without breaking a stride; have a killer, turn tables like it’s an everyday occurrence) , is full eye-roll territory, and nothing in the six episodes of season one I’ve seen until now, gives us any hints in that direction. Where does this ease come from?

But, and this is where I found myself admiring the dexterity with which the creator, Atul Mongia, and the writers (Mongia, Tamal Sen, Amita Vyas) coax us along, even when there seems to be something missing from crucial characters .Take, for example, Sheel’s husband (Vivek Mushran, great to see him back after such a long gap), a stoic man who appears resigned to his fate, running a chemist shop as his day job, doing bijli-repair odd jobs as his hobby. Who is this guy? Why is he the way he is? His attitude has a lot to do with the way Sheel responds to things, but it remains a mystery.

The series has a ton of characters. It’s difficult to keep track of so many characters in a show that’s essentially a whodunit but deals with a variety of twisted motives. But, all things considered, ‘Mai’ is a bleak and relentless crime-thriller that proves to be a compelling one even when it isn’t always easy to watch. The drama slows down in between, and yet, there is constant action that keeps the audience on the edge.

In this article:#netflix, Mai, Sakshi Tanwar