Do you know there is a drink that is enjoyed by 1 Billion people across the globe? No, I am not talking about Coke or Pepsi let me give you a Hint it’s Red and the recipe is about a hundred years old and the drink is synonymous with summer and heat. Yes, it’s Rooh Afza a brand with which everyone from millennials to baby boomers can connect. But not many know about the origin and legacy of the brand. So let’s explore this amazing brand that is so iconic and close to us.

The history of the creation of Rooh Afza is quite interesting and amazing.

The drink came into being before India’s Independence in the year 1907 by a man named Hakeem Abdul Majeed (yes, a traditional physician/doctor came up with this cultural phenomenon).

It was created in his Dawa Khana (Clinic) in old Delhi- a drink intended to protect people from heatstrokes and dehydration during the Indian summer. Thus justifying its name “The Soul Refresher”.

Even though created by a traditional Muslim doctor the drink was never communal it was meant and enjoyed by all. 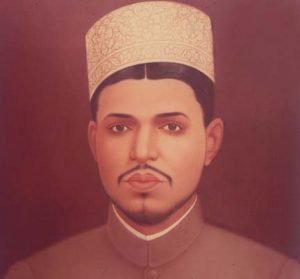 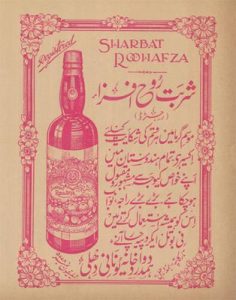 Hakeem Abdul wanted to increase the reach of the product and thus wanted someone to design a logo for the brand he went to Mirza Noor Ahmed.

He Designed a beautiful logo based on the major ingredients of the drink the logo is so good that the logo hasn’t been changed in 113 years of its existence its still relevant making the logo very iconic.

The only problem was Delhi printers were not that advanced and couldn’t replicate the details and the colours very accurately thus Hakeem sent everything to Bombay just to get the colour of the logo right, now that’s dedication and attention to detail.

The drink that flowed across the border.

Rooh Afza was a huge success in the subcontinent.

Then came the tragic event of the partition millions were forcibly displaced on either side of the border.

Nevertheless, this couldn’t stop the Flow of this drink it made it go international.

While Hakim’s eldest son remained in India, his younger brother went to Pakistan and set up a Rooh Afza plant in Karachi in a rented two-room house, eventually, Hamdard laboratory was set up in Pakistan making Rooh Afza one of the most popular drinks of the country.

The geographical split of the nation led to a split in many families, but this came as a blessing to Hakeem Abdul Majeed as it helped him create an international brand and not limit it to India.

Now almost half of the syrup market is controlled by Rooh Afza making it a global brand.

The legacy of the brand.

The company has a legacy of charity in India Pakistan and Bangladesh with the company’s charity arm “Waqf” They run a lot of charitable schools and clinics for the needy.

The brand was trending on Twitter last year due to a shortage of supplies showing the importance of this brand to our desis.

In this article:#RoohAfza, #summer, climatechange