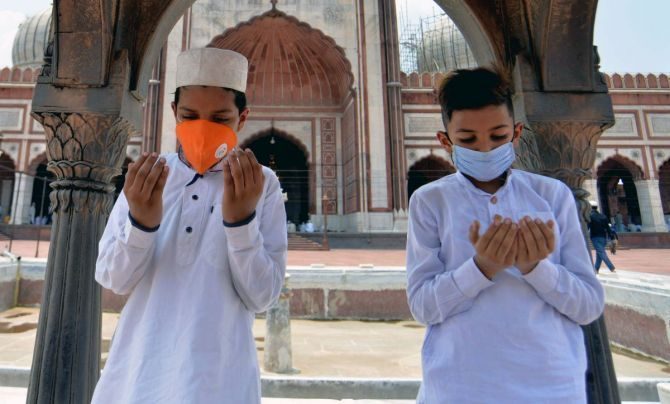 After a group of Sangh parivar activists reportedly barged into a school in Mulbagal town to protest children being allowed to perform Friday namaz in the premises, the district administration of Kolar has begun an investigation.

The incident was made public on Sunday after a video recording of the protestors yelling at school administrators surfaced.

According to a source in the local administration, since December 2021, one of the instructors at Mulbagal Someshwara Palaya Bale Changappa Government Kannada Model Higher Primary School had permitted Muslim students to offer Friday prayers to avoid having to leave the campus.

The insider refuted Sangh parivar claims that the school had been holding Friday prayers for over two months, saying that it had been happening for around 2 weeks.

While students have generally been permitted to pray at a neighbouring mosque, some have begun skipping lectures in the afternoon following the prayers. As a result, the teacher agreed to let them pray in one of the classrooms, according to the source.

In the same video clip, school headmistress Uma Devi claimed to not know about the prayers and stated that she would no longer allow any prayers to happen.

“I was not here when it happened. I rushed back when I got a call about the prayer. We will not allow this in the future since all students are equal before us,” she is heard saying in the clip.

Separate investigations into the event were launched by Deputy Commissioner Umesh Kumar and Block Education Officer Girijeshwari Devi. On Monday, Deputy Director of Public Instruction Revanna Siddappa and his colleagues met with Girijeshwari Devi to discuss the situation. He is supposed to give the deputy commissioner a report.

Several events involving Sangh parivar factions have occurred in the state. A group of eight Muslim students at a college in Udupi were denied access to classrooms because they insisted on wearing hijab earlier this year.