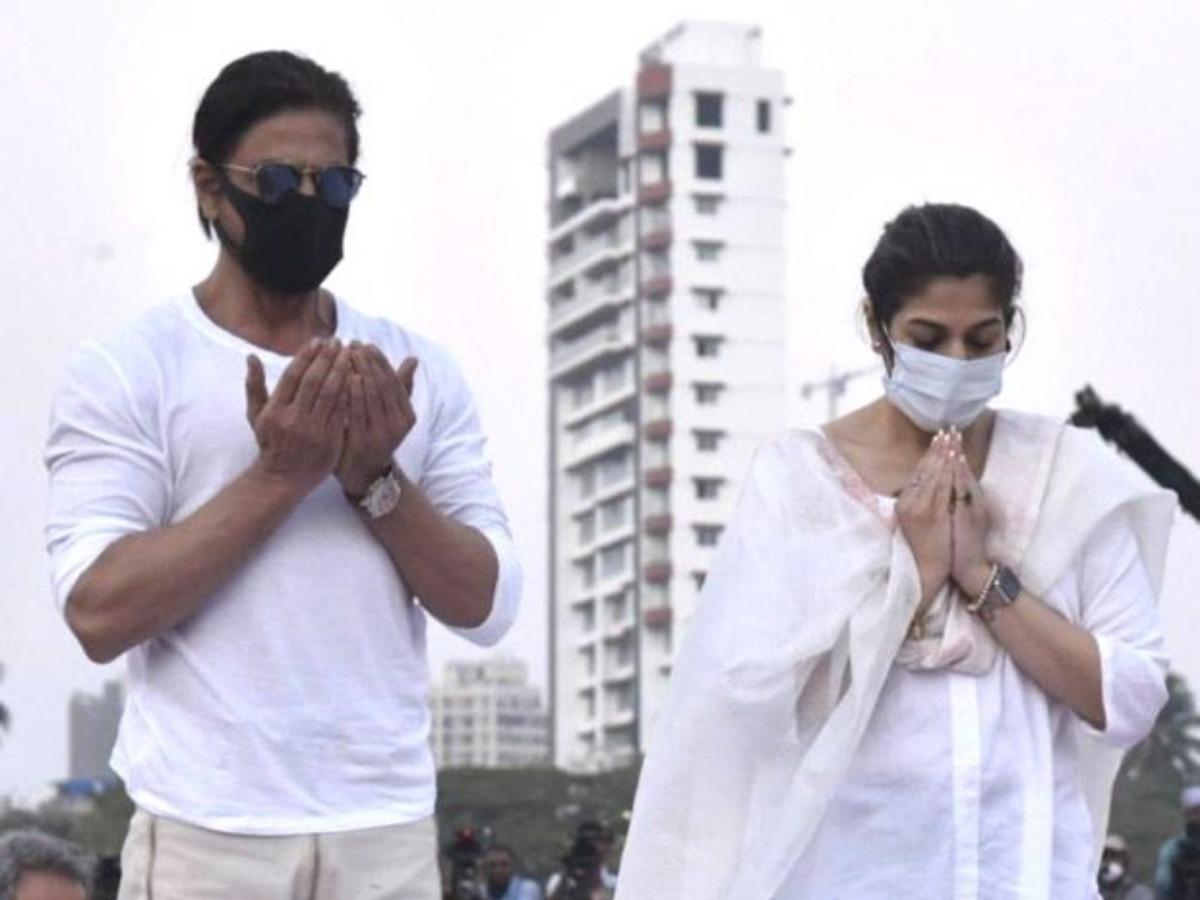 Late Smt. Lata Mangeshkar’s demise shocked everyone and sent ripples in the music community. Many celebrities attended her funeral to offer their prayers and final respects to the singer.

Shah Rukh’s dua soon caught on to Twitter and netizens saw this as a beautiful rendition of the idea of unity in diversity. Netizens were overwhelmed with his gesture and their heart were won by this. A netizen tweeted “No hate can conquer this….”, while another netizen wrote “एक दुआ हिंदुस्तानियत के नाम!”

While this was a heartfelt gesture, a tweet by a Haryana BJP leader stoked a controversy. In a tweet it can be seen that Shah Rukh Khan spat on Lata Mangeshkar’s body, indirectly accusing him of disrespecting the legendary singer at her funeral.

This did not fly well with netizens and they promptly criticized him. A netizen in a tweet said that the leader was pure evil to twist a dua while another said bigots could not digest the beautiful act.

Netizens further pointed out that Shah Rukh Khan was simply blowing air as a part of a common Islamic ritual. A netizen said that Muslims blow air out of their mouth after reciting Ayats from the Holy Qurans.

Mr Khan laid a wreath and uttered a prayer as he paid his respects. While circumnutating the mortal remains, he also touched Lata Mangeshkar’s foot.