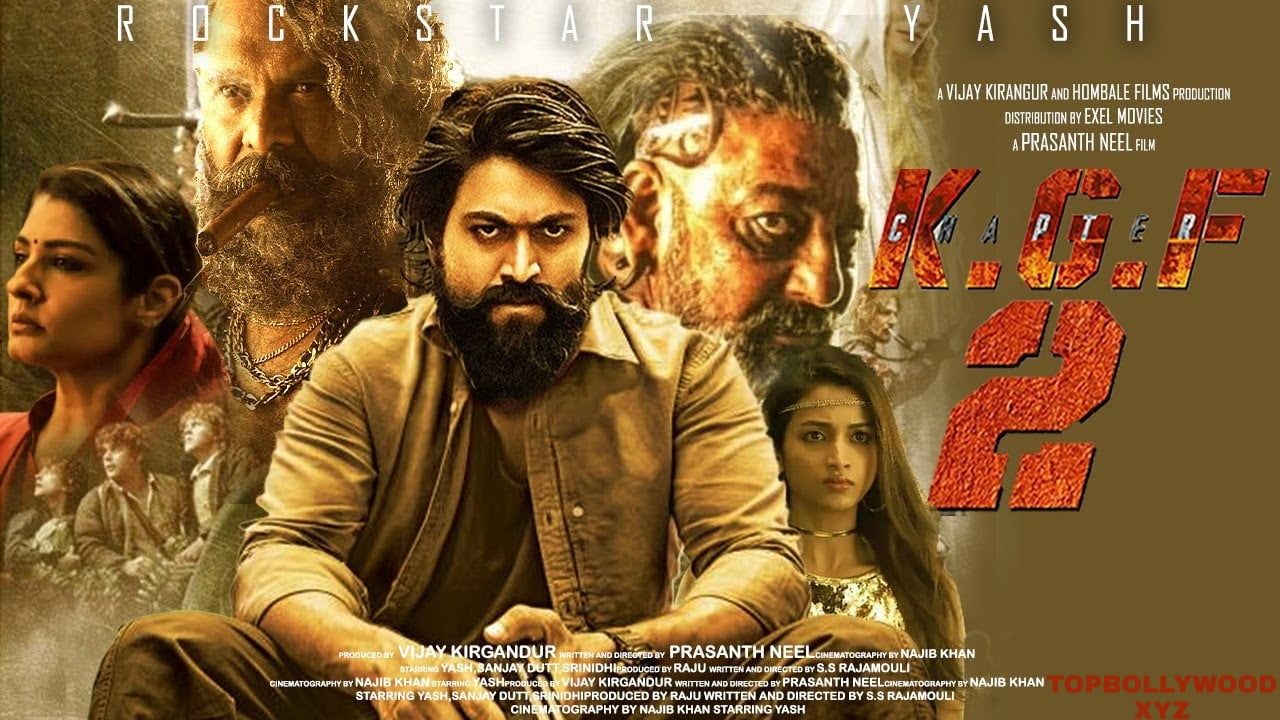 Yash’s upcoming film KGF 2 has already created a lot of buzz in North India. Dig in to find out more!

KGF: Chapter 2 has already surpassed the advance booking record of SS Rajamouli’s RRR(Hindi version). The film’s Hindi version has already managed to sell tickets worth 11 crores with four days still left before its release. In comparison, the Hindi version of RRR had managed to earn just over 5 crores in advance bookings. As per trade analysts, the Kannada film has grossed 20 crores in advance bookings across all languages in north India alone.
Chapter 2 of KGF, directed by Prasanth Neel, is the sequel to the 2018 hit KGF: Chapter 1. The first film had grossed 250 crores globally. Given the increased craze for the series outside Karnataka and the absence of big releases, the sequel is expected to surpass this benchmark easily.

KGF is about the rise of Rocky played by actor Naveen Gowda or ‘Yash’. Rocky is a smuggler who attempts to take over the gold mining empire in Kolar Gold Fields. The film also stars many prominent Bollywood actors.
Meanwhile, Shahid Kapoor’s film ‘Jersey’ was postponed for the 5th time, probably for avoiding Clash With KGF 2, and gets a new release date. Many insiders speculate this has been done after watching the massive advance booking response of KGF 2. However, the makers didn’t reveal the reason behind postponing the film though. ‘Jersey’ will now arrive in cinemas on April 22.

Earlier, the film got delayed in December due to a surge in coronavirus cases in the country and concerns over the Omicron variant. The movie is a Hindi remake of the 2019 Telugu blockbuster and national award-winning film of the same name.

The movie was originally scheduled for a release in August 2020 but was postponed due to the pandemic. The makers then announced another release date during Diwali but it was postponed for a third time to December 31. Soon coming into cinemas now, Jersey is produced by South film producers Allu Aravind, Dil Raju, and Kapoor’s producer friend Aman Gill.

Things are just not working in favor of #ShahidKapoor sports #movie, #Jersey. According to the latest scoop by an industry insider, stakeholders have now decided to postpone the film by a week. #JerseyPostponed pic.twitter.com/31W7TDixRT

On the other hand, KGF 2 will still face some competition in the south from the Tamil film ‘Beast’, which stars Vijay and Pooja Hegde and releases on April 13. Beast is a hostage drama with Vijay playing the lead role. The film is expected to outdo KGF 2 in the Tamil and Telugu language markets at least. But it surely does not have the same visibility in the Hindi belt.