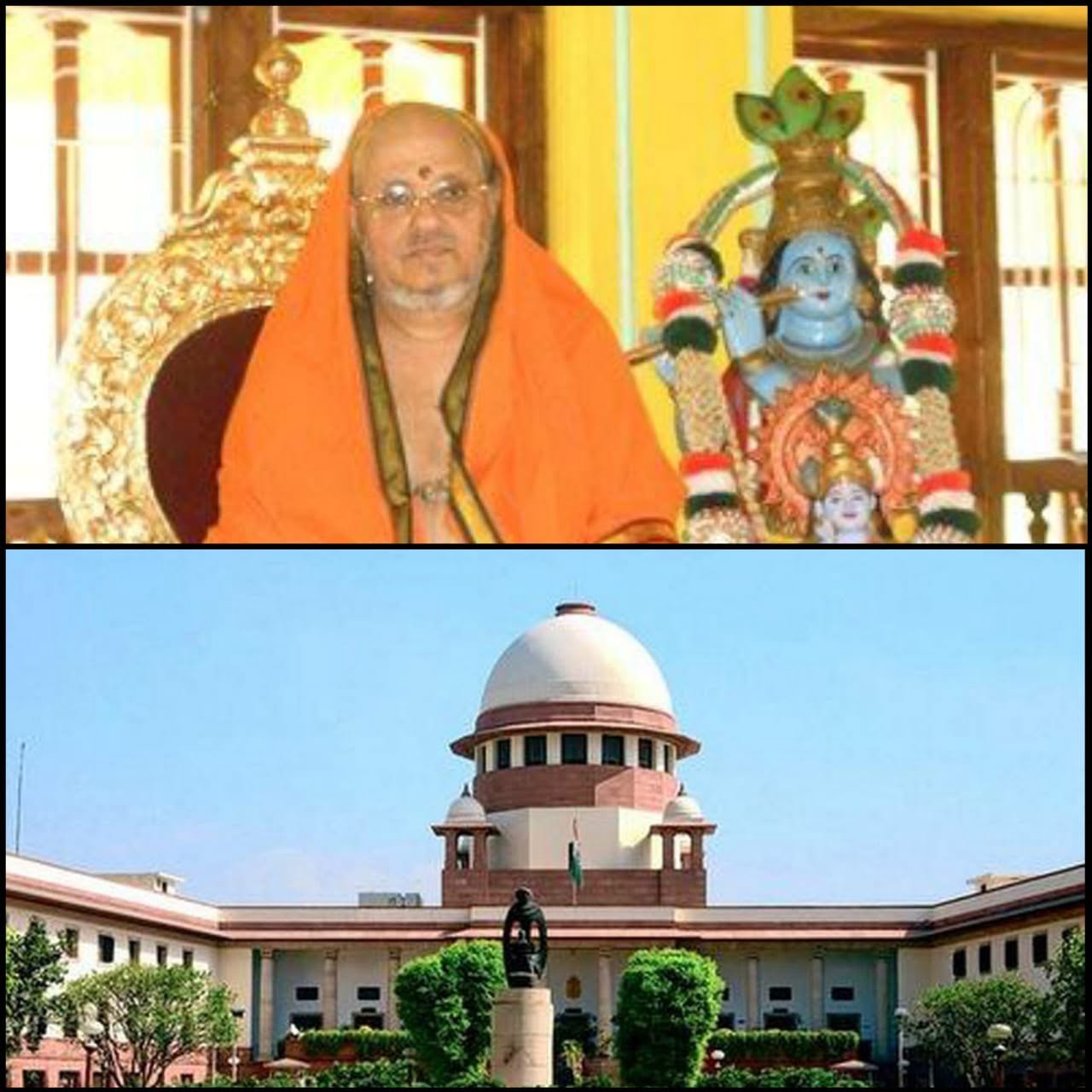 #KesavanandaBharathi, the chief pontiff of Edaneer Mutt in Kasargod, Kerala, who was also responsible for the emergence of the #basicstructuredoctrine, breathed his last earlier this morning (6th September). He was 79 years old. Kesavananda was widely known for his case in the Supreme Court in 1973, against the Kerala government’s attempts to impose restrictions over the mutt’s property. The historical judgement, ruled in the side of #Kesavananda and declared that while the Parliament had wide powers, it cannot alter the basic structure of the Constitution.

Read further to understand why this judgement was so historical and what is the basic structure doctrine.

After adopting the Constitution in 1950, there were debates about the extent of the powers of the Parliament to amend the document’s key provisions. After independence, the Supreme Court had given the absolute powers to amend the constitution to the Parliament. The reason for this is believed to be the faith the SC had in the political rulers of the time, given the fact that most of them were the fighters of the Indian Freedom Movement.

In the cases of Shankari Prasad in 1951 and Sajjan Singh in 1965, the above mentioned powers were demonstrated as the court had ruled that the term “law” under Article 13, specifically clause 2 which read (“The State shall not make any law which takes away or abridges the right conferred by this Part (Part-III) and any law made in contravention of this clause shall, to the extent of contravention, be void.”) should be understood as rules or regulations made in exercise of ordinary legislative power and not amendments to the Constitution made under Article 368 which guaranteed the power to the Parliament to make amendments to the constitution.

Then came the case of #Golaknath in 1967 in which the SC held that the Parliament could not amend Fundamental Rights and that this power could only be held by a Constituent Assembly. The verdict said that an amendment under Article 368 was law within the definition of Article 13 and thus couldn’t be amended by the Parliament.

In the following years of the early 1970s, the #IndiraGandhi government brought about major amendments to the Constitution (24th, 25th, 26th and 29th) to go around the verdicts of the SC in RC Cooper case of 1970 and #Madhavrao cindia case in 1970. In the first case, the court had nullified Mrs Gandhi’s bank nationalisation policy and in the second, it had annulled the abolition of privy purses of the rulers of the former princely states.

However, all these 4 amendments, including the judgement in the Golaknath case (1967) were challenged in the Kesavananda Bharathi case. Bharathi had filed a case on 21st March 1970 against the Kerala government after they threatened to strip his mutt of its property. it was the ashram’s only source of income. Thus Bharati’s case challenged the state’s Land reforms (Amendment) Act 1969 and amendments 24, 25 and 29 on the grounds that his fundamental right to practice and propagate religion was violated, under Article 26 regarding the right to manage religiously owned property without government interference and Article 31 concerned with right to property. The main question remained to be about if the power of Parliament to amend and abrogate and alter any part of the Constitution to the extent of taking away fundamental rights.

Since this case involved questioning the correctness of the Golaknath case (Bench of 11 judges), a larger Bench was required and thus all the 13 judges of the SC, which was the full strength of the SC at the time were seated to hear the case. Nani Palkhivala, Fali Nariman and Soli Sorabjee were the lawyers who presented the case against the government.

The hearing which went on for 69 days, 31st October 1972 to 23rd March 1973 was the longest case ever heard by the SC before that. The 13-judge bench, headed by the #SMSikri, the then Chief Justice of India (CJI) ruled by a 7-6 majority verdict, for Kesavananda’s side that the Parliament could amend any part of the Constitution as long as it did not alter or amend the basic structure or essential features of the Constitution.

The Apex court, however, did not define ‘basic structure’ and listed a few principles including federalism, secularism and democracy to be a part of it. The court has been adding new features to this concept ever since. The structure is widely interpreted to include the supremacy of the Constitution, the rule of law, independence of judiciary, doctrine of separation of powers, sovereign democratic republic, the parliamentary system of government, the principle of free and fair elections, welfare state, etc.

The judgement (basic structure) has been used by the SC time and again to nullify laws which go against the principles of Constitution, one of the important applications being in the case of SR Bommai in 1994. The doctrine has been called undemocratic as unelected judges can knock down a Constitutional amendment. However, many people claim it to be a check against majoritarianism and authoritarianism.