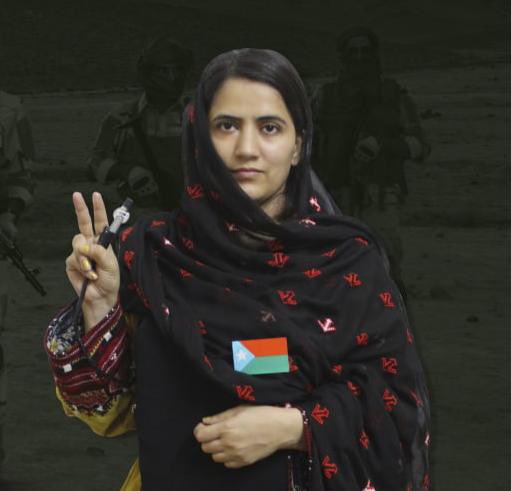 At least four individuals were killed and several more were injured in an explosion at Pakistan’s Karachi University on April 26th. Three of the victims were Chinese citizens. The blast occurred near Karachi University’s Confucius Institute, a Chinese language teaching centre.
Shari Baloch, the mother of two who carried out the suicide bombing, was a highly educated woman who had a Master’s degree in Zoology and MPhil in education.

Seconds before the tragedy. #CCTV footage captures the alleged suicide bomber standing outside Karachi University. As the van approached the premises, the suspected bomber moved her bag towards the vehicle and detonated the bomb.

When a white Hiace van transporting Chinese nationals who were members of the institute’s faculty came into her range, she blew herself up at the institute’s gate. Following the explosion, the van was surrounded in flames, with no possibility for the passengers to escape. According to officials, the tremendous blow destroyed windows and doors in numerous departments of the university.

Prof Huang Guiping, the head of the Confucius Institute, and two female professors, Ding Mofang and Chen Sai, were among the Chinese nationals killed.

The separatist Balochistan Liberation Army  (BLA) claimed responsibility for the suicide attack in Karachi . CCTV footage showed a lady in a burqa blowing herself up near the van carrying the victims, in what the BLA described as the group’s first female suicide bomber. Her death, according to the BLA, marked a “new chapter in Baloch resistance history.”

According to Afghan journalist Bashir Ahmad Gwakh, Shari joined BLA’s Majeed Brigade’s special self-sacrifice unit two years ago. According to the BLA, she was offered the option of opting out of the team due to her two young children, but she declined. In Balochistan and Pakistan, the Majeed Brigade has threatened to target more Chinese nationals and Chinese interests.

According to a supposed BLA statement, Baloch, a resident of Nazar Abad Turbat, “was also working as a science teacher in a secondary school. As a student, Shaari had remained a member of Baloch students’ organisation and was aware of Baloch genocide and occupation of Balochistan.”  The fact that Shari, a well-educated woman, was involved in the attac, has set a dangerous precedent.

The BLA statement read, “Baloch Liberation Army’s Majeed Brigade targeted Chinese officials in an attack on Tuesday in Karachi. Three Chinese officials Huang Guiping, Ding Mufang, and Chen Sai were killed in the attack, whereas, Wang Yuqing and their security guards were injured,”

“Today’s mission was successfully carried out by Majeed Brigade’s fidayeen Shaari Baloch alias Bramsh, resident of Niazar Abad Turbat,” it added. The BLA said that as a student, Shaari was a member of the Baloch Students’ Organisation and “was aware of Baloch genocide and occupation of Balochistan”.

The Baloch Liberation Army once again warns China to immediately halt its exploitation projects and refrain from aiding the occupying Pakistani state. Otherwise, our future attacks will be even harsher.”

He said that “hundreds of highly trained members” of the Baloch Liberation Army’s Majeed Brigade are ready to carry out deadly attacks in any part of Balochistan and Pakistan and asked Pakistan to “peacefully withdraw from Balochistan, recognizing its independence”.

Habitan Bashir Baloch, husband of Shari Baloch, tweeted from an unknown location that he is proud of what she done, according to Afghan journalist Bashir Ahmad Gwakh.
Gwakh also shared a screenshot of Baloch’s husband’s tweet. “Shari Jan, your selfless act has left me speechless but I am also beaming with pride today. Mahroch and Meer Hassan will grow into very proud humans thinking what a great woman there was. You will continue to remain an important part of our lives.”