Journalists who got Killed for doing their Job 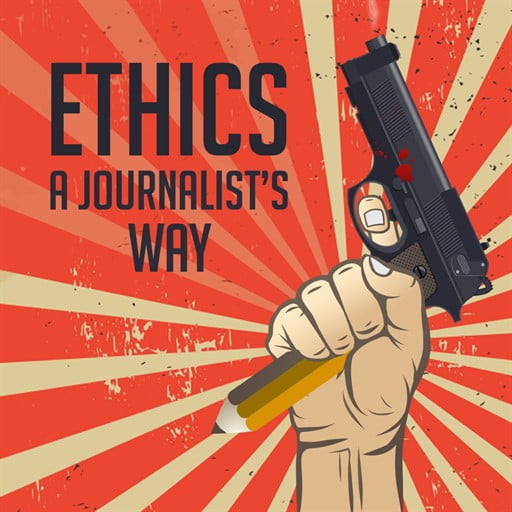 Media is the fourth pillar of democracy, and its job is to provide accurate news without getting biased. However, we all know that most media houses don’t act freely because of their funding by significant political parties. As a result, it forces the media to publish news keeping in mind their owners, and the ones who fund them. But media or the third eye of the government must keep us aware of the actual events without tampering with them. The press is supposed to bridge the gap between the government and citizens of the nation. Unknowingly, media plays a prominent role in our daily life. The opinions we form and the knowledge we get about our surrounding depends on media. So, it becomes crucial for media to focus on real issues rather than diverting from the actual happening.

But when the journalists do their job ethically, what they get in return is terrifying. They are assaulted, threatened, and even get killed just for doing what they should. This seems the reward for an unbiased reporter who presents the news as it is.

So, here are some journalists who got killed for doing their job;

The assassination of Gauri Lankesh

Starting with the assassination of Gauri Lankesh, a journalist-turned-activist from Bangalore. They assassinated her outside her home on 5 September 2017. At the time of her death, Gauri was known for being a critic of right-wing Hindu extremism. Three unidentified men shot her to death while she was unlocking the main door of her house after returning from her office. After her death, protests took place all across India. As per SIT, Parashuram Waghmore had confessed to the murder in June 2018. He claimed that he was told to kill someone to save his religion and that he did not know who the victim was. Gauri was known for advocating freedom of the press and many believe that to be the reason for her killing. Her opinions and the audacity to express them killed her.

A journalist who was beaten to death

Next year, a 32-year-old journalist with a Hindi vernacular daily named “Aaj” was allegedly abducted and beaten to death in Jharkhand’s Chatra district. Chandan Tiwary was receiving life threats earlier and informed the local police about it.

“Following exposure of irregularities in PM Awas Yojana and construction of sheds for goat rearing on social media, I have been threatened with dire consequences by Mahesh Dangi, husband of local Mukhiya. I fear the threat from Mahesh, Md Serajul, and a para teacher Devaki Dangi,” he said in the written information on April 6, 2018.

Again an example is given by the oppressors that one cannot practice freedom of speech even living in a democratic country.

The reporter that knocked down by a truck

A 35-year-old journalist, Sandeep Sharma was brutally knocked down by a truck in March 2018. He was investigating illegal sand mining in Madhya Pradesh’s Bhind district. He worked for a national TV news channel where he reported about a government official who was allegedly working in collusion with the sand mafia. This ethical reporting about the sand mafia and the ones involved with him took his life. Before his death, Sharma asked for police protection and had written letters to the chief minister, the governor, and the prime minister. But eventually, he was hit by a dumper from behind near the Kotwali police station as captured on CCTV footage.

Drug dealers took the life of a television Journalist

In November 2020, a 27-year-old television journalist, Isravel Moses was hacked to death by alleged drug dealers in Tamil Nadu’s Kancheepuram. The drug dealers suspected him of alerting about the gang, as reported by NDTV. The police have arrested four men in connection with the death.

According to The News Minute, Moses had reported on local problems and was planning to expose the undercover operations of “anti-social elements” in the region. Before his death, he had reported ganja sales carried out by a gang and faced life threats after that. Gnanaraj, the father of Moses, has alleged that the district police did not take any action on his son’s complaint that his life was in danger. However, the police had refused all the charges said, “This murder is purely due to personal vengeance and land issue.”

“This is the price for reporting the truth”

Just after few days, the country witnessed another murder of a journalist who was being set on fire with sanitizer by three men. Among the three attackers, one was the son of a village pradhan. Rakesh Singh Nirbhik had been writing regularly about the ongoing corruption by the local village gram Pradhan and her son. The Lucknow-based journalist told the hospital officials before his death that, “This is the price for reporting the truth.”

Unfortunately, these incidents were just a glimpse but the actual list is too long. Just for the year 2020, the report stated that politics was the most dangerous, and “criminal groups” were the “most frequently suspected killers of journalists.”

A press release quoted CJP’s executive director Joel Simon as saying: “It’s appalling that the murders of journalists have more than doubled in the last year, and this escalation represents a failure of the international community to confront the scourge of impunity.”

Hence, a journalist cannot feel safe while doing his job with utmost dedication. After such cases, how a country expects their journalist to present unbiased news? Because the cost of doing it is death. Now, pure and free journalism is nothing less than a war against the corrupted system. Only the ones having the courage to do it can report the truth.