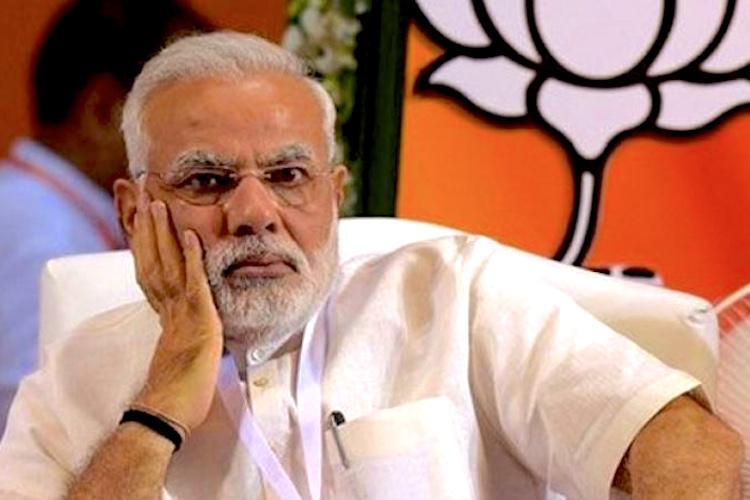 India has seen has witnessed an unprecedented spike in the Covid-19 cases for the past two months. The situation has aggravated from mid-March and is continuing to get more worse with each day. States across the nation are gasping for oxygen and anti-corona drugs and vaccines. Acute shortage of beds and medical facilities is worsening the situation even more. In such a what can we expect from the incumbent government?

The Modi government had a time of around a year to combat this pandemic situation and bring about a acceptable and practicable solution. However, the same could not be achieved by the BJP government. Despite knowing the fact that a second and more destructive Covid-19 wave could follow, the government eased up all activities across the country which ultimately led us to a situation of panic and crisis.

As Delhi and Maharashtra alerted the Centre about a very severe oxygen crisis in light of the COVID cases surge, Prime Minister Narendra Modi addressed the nation on Wednesday, 21 April.

PM Modi started his address by expressing his sympathies to the people who have lost a dear one to COVID-19, while acknowledging that the country is facing a second wave of the virus. “We should not lose our patience, the challenge is big,” he said.

The challenge is not just big, it’s crushing the healthcare infrastructure in the country. There is acute shortage of hospital beds, ventilators, COVID injections and medications and other life-saving facilities that critical patients need to recover.

Crematoriums in Gujarat are facing a crisis. The long waits at the crematoriums have forced the families of the deceased to perform the last rites on open grounds. Overuse of crematoriums, who are catering to over 100 bodies a day has also led to melting of gas furnaces.

Visuals have emerged of multiple bodies being cremated together due to lack of space available, three-four patients sharing one hospital bed due to a shortage, bodies kept outside the hospitals due to no funeral arrangements being available due to the crisis.

The second wave has affected India in ways the government doesn’t want to openly admit. And to mention about the Assembly Elections 2021, it has added fuel to the fire. Holding rallies, conducting mass campaign has aggravated the situation to an unmatched level. Following this was the massive ‘Kumbh Mela’. It has worked as a catalyst in increasing the Covid-19 cases.

With Modi’s speeches amidst the health crisis previously signaling sweeping changes, many wondered whether this address would provide clarity on uncertain issues like lack of price caps for the now-liberalized vaccine market, a roadmap for health infrastructure to address supply chain issues causing a critical lack of oxygen, or even an impending national lockdown.

However, it was not to be. Prime Minister Narendra Modi’s speech conspicuously lacked logistical information on the way forward, and focussed instead on reassuring platitudes – which did not work the way they were intended.

Responses on social media called out the prime minister’s callous disregard for the extent of the crisis and how he failed to take any accountability for the current state. The Prime Minister’s speech has created a storm on Twitter. His speech has attracted varied reactions from Twitterati.

The absence of any real value add and missing credibility factor from the speech was a consistent theme.

PM Modi’s speech on April 21 appealed to the youth, the ‘Bal Mitron’, to help enforce COVID-19-appropriate behavior in their societies and communities by forming committees to ensure the protocols are being followed.

The youth and the citizens are doing all they can and more. But we want to know, what is the government doing for us?

PM warned states that a lockdown should be considered a last resort, while simultaneously urging citizens to stay in their homes and maintain COVID-19 hygiene protocol.