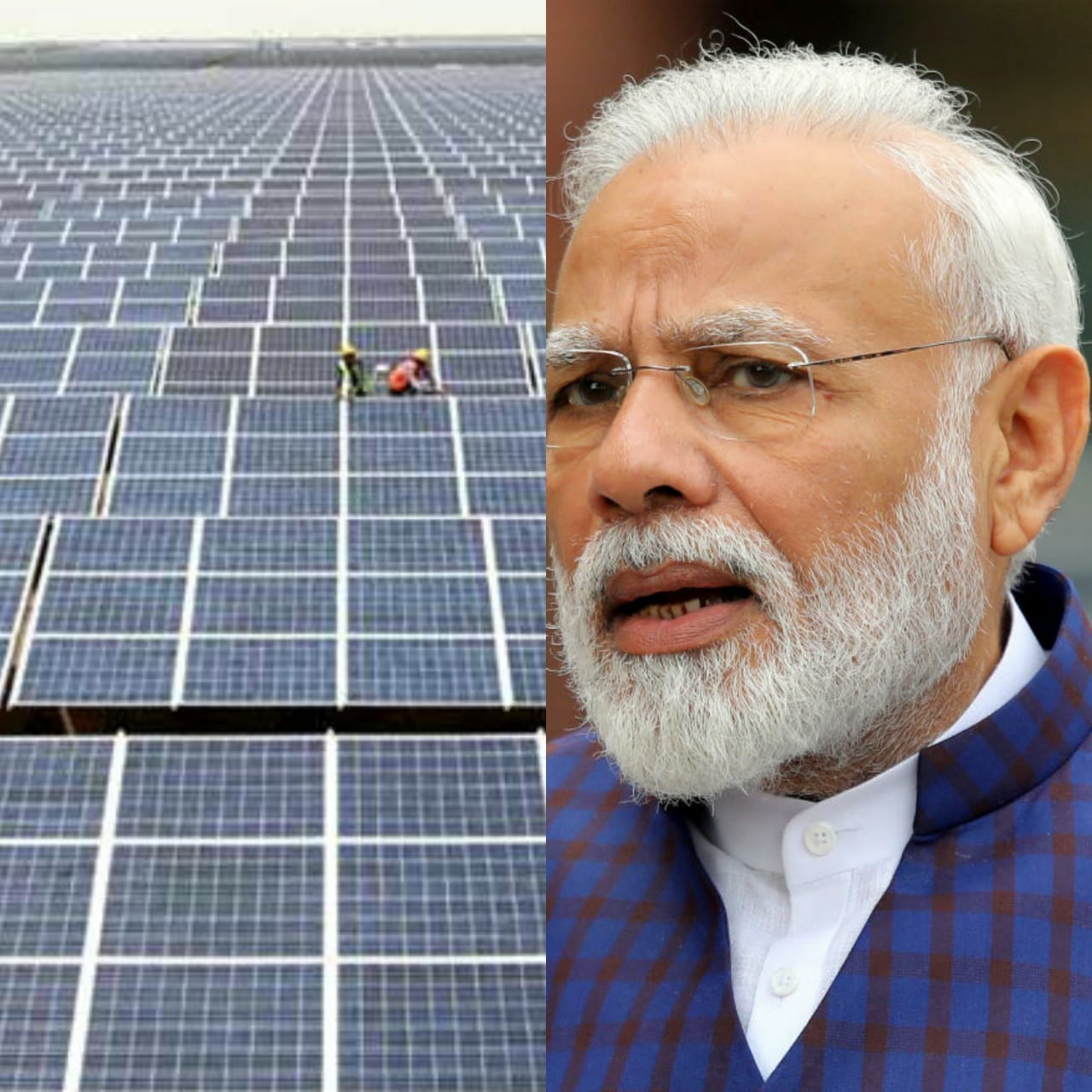 PM Modi launched a 750 MW solar power plant in Rewa, Madhya Pradesh yesterday via video conference. As the nation had previously announced about stopping the import of solar power from China and Pakistan, this plant is said to benefit that ‘Atmanirbhar’ cause. The PM said that Madhya Pradesh will emerge as the nation’s hub for clean and cheap power. Developed by the Rewa Ultra Mega Solar Limited (RUMSL), Madhya Pradesh Urja Vikas Nigam Limited (MPUVN) and Solar Energy Corporation of India (SECI), the project comprises of three solar generating units. Each unit has a capacity of 250 MW each and spread across a 500-hectare plot. The central government has claimed the solar plant to be Asia’s largest solar power plant.

The claim of Rewa being Asia’s largest solar power plant was not liked by the Congress leaders. D. K. Shivakumar, President of Karnataka Pradesha Congress Committee, took to twitter to express his disappointment as he said that Karnataka already has a solar power plant larger than Rewa. His tweets said, “The BJP-led Central government is claiming today that it has inaugurated Asia’s Largest Solar Plant of 750MW at Rewa, MP. Now, what is the 2,000MW solar plant in Pavagada, Karnataka, which was built in just 3 years by @INCKarnataka govt and has been operational since 2018?”. He also said that the unique thing about the project was that instead of acquiring land from farmers, the then government leased every single acre from the farmers. Mr Shivakumar was the state Energy Minister back then and had overseen the project.

Before jumping into any conclusions and calling out the truth and false of the situation, let us gain knowledge about a few large solar power plants in India. By late December 2019, the Shakthi Sthala solar power park in Pavagada of Tumkur district in Karnataka was declared as fully operational. The project was a joint venture between Karnataka Solar Park Development Corporation Limited (KSPDCL), Karnataka Renewable Energy Limited (KREDL) and SECI. The capacity of the solar park is a total of 2,050 MW, with 8 units of 250 MW, spanning over 13,000 acres of land. According to Mercom (the top clean energy research firm), Karnataka was declared the top solar state in India. They had also declared that Karnataka had the world’s largest solar power park. Further in January 2020, Piyush Goyal, the Union Minister of Commerce and Industry had tweeted “India Takes Lead in Clean Energy: World’s largest solar park at Pavagada in Karnataka is now operational. Generating 2050MW of clean energy, the park is located on land leased from farmers, utilising the drought-hit area & adding to farmers’ income.” In March 2020, the top spot for World’s largest solar park was replaced by Bhadla Solar park situated in Jodhpur district of Rajasthan. Spread across more than 14,000 acres the park has a total capacity of 2,245 MW, 195 MW more than the Pavagada solar park. This project too was a joint venture between many companies like Rajasthan Renewable Energy Corporation limited (RRECL), Rajasthan Solar Park Development Company Limited (RSPDCL), SECI and many such entities. The capacity of the park is said to be thrice more than the Rewa Power plant. Interestingly, no ministers or leaders from Rajasthan have addressed this issue, but the twitter squad is all over it. Speaking of facts, while Bhadla and Pavagada top the list, there a lot of other solar power parks that come on the list before Rewa ultra mega solar park, (park, not plant) including the Kurnool solar park from Andhra Pradesh. Then what is the deal with calling Rewa the largest power plant (not park) in Asia?

According to an article on The True Picture, a media stories fact checking company, even though the other solar power parks have larger capacities, they are not a single unit, they are solar power ‘parks’. The difference between a park and a plant is that a lot of companies set up their units in parks to generate power, while plants are single units of one company. For example, inside the Pavagada solar park, companies like TATA Power, Azure Power, Softbank energy etc have their own units of 400, 300, 200 MWs. Same is the case with Bhadla solar park where units of Azure power, Softbank energy etc are found. But with the new solar plant inaugurated at Rewa Ultra Mega solar park, the whole 750 MW is ultimately owned by RUMSP only. The highest single unit plant capacity in Bhadla is 600 MW and Pavagada is 400 MW. Thus, Rewa is indeed Asia’s largest solar power plant. Now we have a little clarity.

There has been no official statement or clarification by the Central government (we haven’t received those in a long time anyway) or the MP government, but arguments and counter arguments are happening on twitter, as usual. B. L. Santosh, the National General Secretary of BJP tweeted “Some great brains of @INCKarnataka are ridiculing Union Govt for calling Rewa Solar Plant as Asia’s biggest. They tell that Pavagada is biggest. Somebody educate them the difference between Solar Plant & Solar Park. Rewa is plant & Pavagada is park.” You tell them, sir!