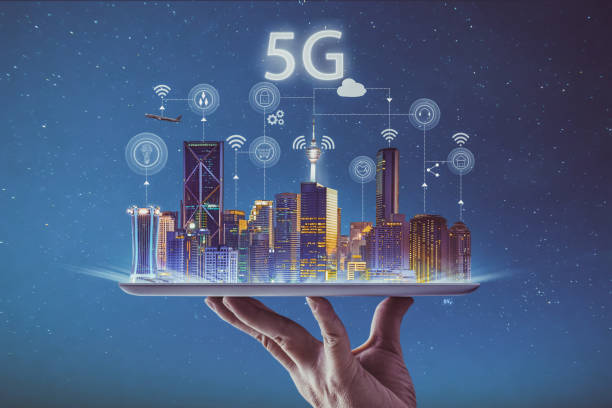 India is gearing up to upgrade its broadband networks to the fifth generation or 5G. But since there are types of 5G bands and their own set of limitations, and usages, is the country ready to adapt to a new form of broadband technology?

Inputs from industry experts, and telcos have been sought by the Department of Telecommunications (DoT), on the use and sale of the radio frequency spectrum and the 5G band, for over the next ten years.

What is 5G technology?

The latest upgrade in the Long-Term Evolution (LTE) mobile broadband networks is the fifth generation of 5G. Where 5G works for mainly 3 bands, low, mid, and high frequency spectrum, and all of these bands have their own limitations, and usage.

The low band spectrum has shown a great promise when it comes to the speed and the coverage of the internet, where the maximum speed is restricted to 100 Megabits per second (Mbps). This will only allow telcos to install and use this internet for commercial mobile users, who do not have a pressing need for specific demands of high speed internet. Although this type of spectrum may not be effective for those who have specialised needs in the industry.

The mid-band spectrum has shown and is offering higher speeds compared to that of the low band spectrum. But even this type of spectrum has its own limitations in terms of perception of the signals, and the coverage area of the band. Telcos and companies who have taken a 5G lead, have specified that this type of band can be used only by specialized factory units, and industries to build captive networks, that can be modelled into the requirements of that specific industry.

The final type is the high-band spectrum that provides the highest speed from the rest of the bands, and hence has extremely constrained signal penetration strength, and coverage. The internet speed of this 5G spectrum is tested and has shown 20 Gigabits per second (Gbps), which is exceptionally beneficial, as in many cases the maximum internet data speed is recorded to be 1 Gbps in 4G.

Where is India in the 5G Tech Race?

Compared to the worldwide players, India in 2018 had planned to begin with the 5G services as soon as possible, with a plan to capitalise on the strength, and better network speeds the technology guaranteed.

Bharti Airtel, Reliance Jio Infocomm, and Vi – the three private telecom players of India have been requesting the DoT to map out a guide towards the spectrum allocation, and 5G frequency spectrum bands, so that they will be  able to roll out their data services accordingly. Although, one big hurdle is the absence of flow of cash, and sufficient capital with two of these private players, namely Vodafone Idea (Vi), and Bharti Airtel.

But meanwhile Reliance Jio has planned to launch an aboriginal 5G network, built for India, at the earliest as in the second half of this year. The company will be preparing its own complete end-to-end 5G solution that will be spread across, once the networks are ready, and set in place. This solution can be established by even other telecom operators as a complete managed service.

What is the Global Response on 5G?

Global telecom companies, more than the governments of the world have begun building 5G networks, and have started rolling it out on a trial basis, to their respective customers. In the United States, Verizon, T-mobile, and AT&T companies have taken the lead in rolling out commercial 5G for their users.

Companies such as AT&T had started utilizing, and rolling out the test for the 5G technology, as early as in 2018, after which other companies like Verizon followed through, where they expanded their ultra-wide 5G broadband services to at least 60 cities at the end of 2020.

Other telcos companies such as China Unicom of China, has begun with the trial phase of 5G in 2018, and since then have been rolled out for the widespread users of the commercial services. Samsung of the South Koran company were the first who began researching about the 5G technology in 2011, and since then have taken the lead to build hardware of 5G networks for various companies.