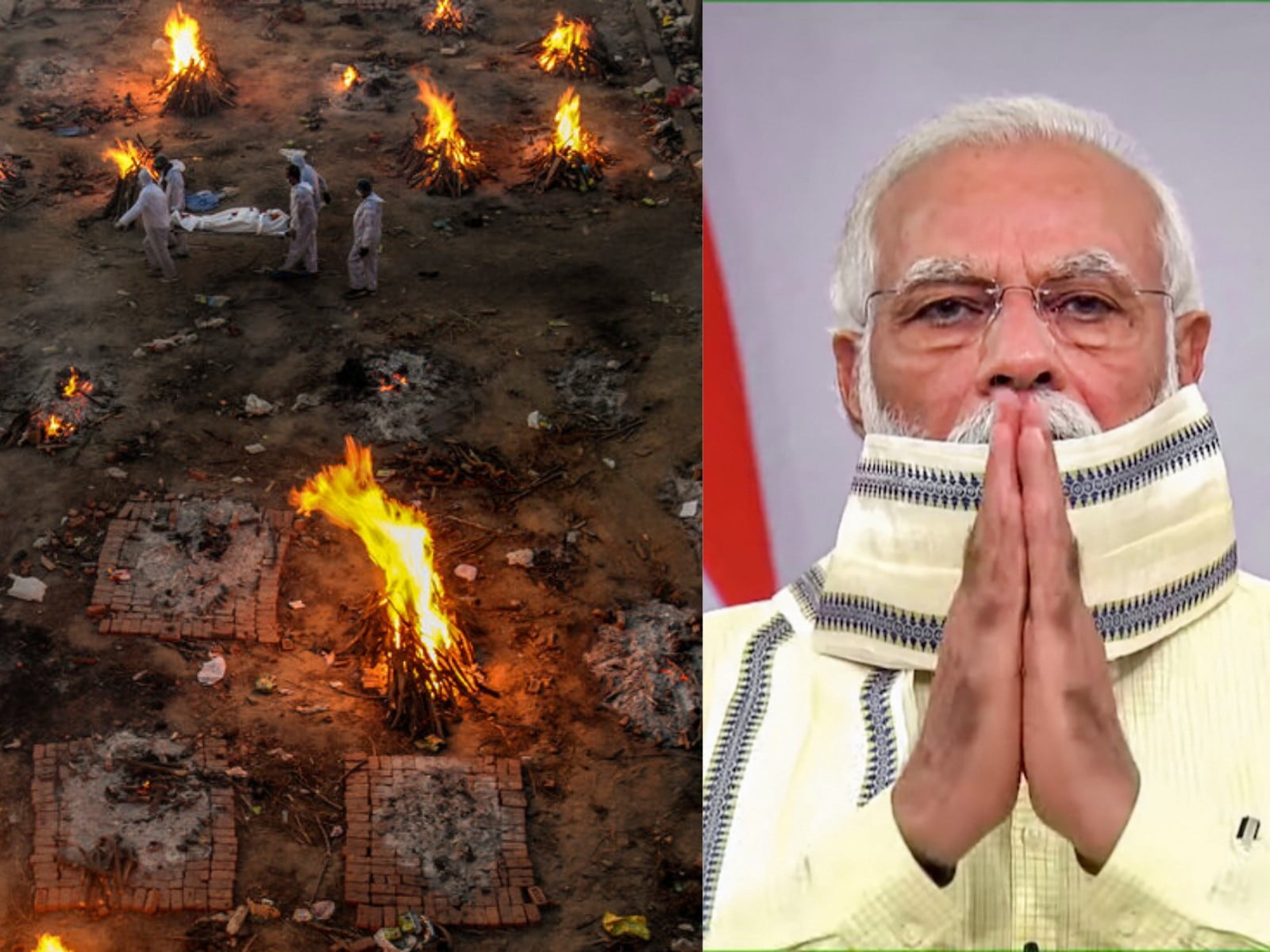 The second wave of Covid-19 has shattered India. The entire nation is in shambles. Health infrastructure and economy has been jeopardized. In past 24 hours India has recorded 4,01,993 fresh Coronavirus infections which takes the total cases to 1,91,64,969. With 3,523 deaths in one day the fatality rate has been pushed to 2,11,853.

People all across the country are scrambling for hospital beds, medical oxygen, ventilators, life saving drugs, and other medical supplies. Crematoriums are getting filled in no time. The condition is such where people have to wait in long queues to get hold of a token and a timeslot after which they can cremate the dead bodies. At times it takes more than 24 hours. Such is the condition of states in India.

Despite all this some states are reporting marginal number of COVID cases. If we take into consideration the COVID statistics of the country and the present jeopardized situation people are in, can we say that the government is trying to hide the actual data in order to avoid more criticism than it is receiving now?

Each day, the government reports more than 300,000 new infections, a world record, and India is now seeing more new infections than any other country by far, almost half of all new cases in a global surge.

Millions of people refuse to even step outside — their fear of catching the virus is that extreme. Accounts from around the country tell of the sick being left to gasp for air as they wait at chaotic hospitals that are running out of lifesaving oxygen.

Interviews that come up from cremation grounds across the country, where the fires never stop, portray an extensive pattern of deaths far exceeding the official figures. Nervous politicians and hospital administrators may be undercounting or overlooking large numbers of dead. And grieving families may be hiding Covid connections as well, out of shame, adding to the confusion in this enormous nation of 1.4 billion.

To state a case supporting why the COVID data is being camouflaged, in Bhopal between early to mid-April only 41 deaths were reported due to Covid-19. Whereas, reports from the crematorium grounds paint a different picture. It was reported that more than 1,000 bodies were cremated in that same period.

“Many deaths are not getting recorded and they are increasing every day,” said Dr. G.C. Gautam, a cardiologist based in Bhopal. He said that officials were doing this because “they don’t want to create panic.”

Similar cases were reported from states like Uttar Pradesh and Gujarat. In Lucknow, until mid-April fatalities reported due to Covid-19 were as low as 72 to 121.

Gujarat’s leading newspapers, Sandesh, had sent reporters to cremation and burial grounds across the state to find out the actual numbers. The results indicated that the number was several times higher that what was reported. There were around 610 deaths each day.

According to the World Health Organization, a death should be recorded as Covid-19-related if the disease is assumed to have caused or contributed to it, even if the person had a pre-existing medical condition, such as cancer. In many places in India, that doesn’t seem to be happening.

The cause of it is that some families don’t want the truth to come out. Some want to cremate loved ones outside strict Covid-19 government protocols, and so they hide the fact that their family member died from the Coronavirus. Others may feel ashamed about losing a loved one, as if it were their fault.

A political agenda may also be at play. States controlled by India’s governing Bharatiya Janata Party, led by Prime Minister Narendra Modi, may face pressure to underreport, according to some analysts.

Cremations are an important part of Hindu burial rituals, seen as a way to free the soul from the body. Those working at the burning grounds said they were utterly exhausted and could never remember so many people dying in such a short span of time.

In Surat, an industrial city in Gujarat, the grills used to burn bodies have been operating so relentlessly that the iron on some has actually melted. On April 14, Covid-19 crematories in Surat and another district, Gandhi Nagar, told The New York Times that they cremated 124 people, on a day when the authorities said 73 had died of Covid-19 in the entire state.

Scientists say India’s pandemic response has been marred by insufficient data. An online appeal signed by over 350 scientists was submitted on Friday afternoon which asks the government to release data about the sequencing of virus variants, testing, recovered patients and how people were responding to vaccines.

The appeal says that “granular” data on testing was inaccessible to non-government experts and some government experts too. Modeling work to predict future surges was being done by government-appointed experts with insufficient information. Similarly, scientists had failed to get information that would allow them predict how many beds, oxygen or intensive care facilities would be needed, it said.

The appeal urged the government to widen the number of organizations sequencing the virus to study its evolution, and also increase the number of samples being studied. It added that restrictions on importing scientific raw materials as to make India ‘self reliant’ is a key goal for PM Modi and his government was an obstacle. “Such restrictions, at this time, only serve to impede our ability to deal with COVID-19,” it said.

Meanwhile, families continued to flood social media and messaging apps with pleas for help. Countless Indians are turning to social media to send out heartbreaking S.O.S. messages for a hospital bed, medicine, some oxygen to breathe.

Nevertheless, even if the exact figure is conceded by the authorities, it will be unjustified to say that the statistics which is provided by the Indian government is totally vague. The numbers might have been tampered but it can’t be said that it is totally muddled. Even without accurate figures, the deadly impact of India’s second wave is hard to miss.