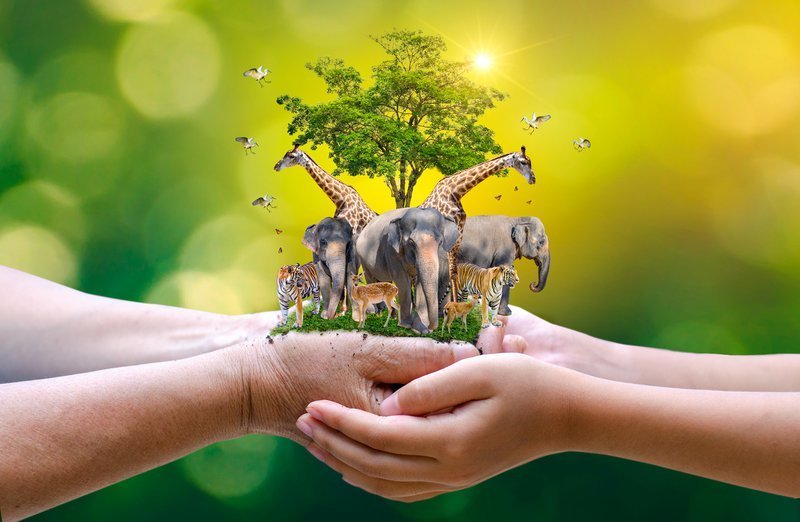 Wildlife in an integral part of ecosystem as it adds value to our biodiversity. However, in the recent times human activities, development in infrastructure, cutting down forests to increase land area for human inhabitation, and other such factors are putting wildlife at stake. Animals are getting extinct due improper care. Extinction can either be natural or man-made. Thus, now ‘Wildlife Conservation’ becomes the need of the hour.

According to reports, four species of fauna and 18 species of flora have gone extinct in India in the past few centuries, including the cheetah, the Sumatran rhinoceros, the Himalayan quail and the pink-headed duck. However, India has taken this matter into immediate consideration and has given some remarkable outputs in preserving wildlife. To list down some of them,

One of the most successful wildlife conservation ventures ‘Project Tiger’ which was initiated way back in 1972, has not only contributed to the conservation of tigers but also of the entire ecosystem. This project is sponsored by Ministry of Environment Forest and Climate Change. About 47 tiger reserves situated in more than 17 regions including Corbett National Park and Ranthambore National Park are part of this project which conducts assessments of number of tigers, their habitat, hunting habits under the supervision of the Tiger Task Force.

Initiated in 1992 by the Government of India Project Elephant aims at conserving elephants and their habitat and of migratory routes by developing scientific and planned management measures. Under the project welfare of the domestic elephants is also considered, issues like mitigation of human-elephant conflict are also taken care of. The project’s endeavor is to strengthen the measures for protection of elephants against poachers and unnatural death.

The Indian elephant has been declared as a National Heritage Animal, and is provided with the “highest degree” of legal protection through the Wildlife (Protection) Act of 1972. After being added in the CMS, the Indian Elephant will be able to cross the borders of the country and return safely. Moreover, intermixing of the animal with the sub-populations of elephants in Nepal, Bhutan, Myanmar and Bangladesh will help widen the gene base of the populations. Apart from this, it will also reduce the man-animal conflict, which occurs at several places in the migratory route of the elephants.

This project is yet another successful venture by Government of India to conserve the Indian Crocodiles, whose species were on the verge of extinction once. The project also contributes towards the conservation in a plethora of related fields.

The main objectives of the crocodile project is to protect the remaining population of crocodiles and their natural habitat by establishing sanctuaries; to promote captive breeding; to improve management; and to involve the local people in the project intimately. It is worth noticing that with the initiation of Crocodile Conservation Project, 4000 ghariyal/aligator, 1800 mugger/crocodile and 1500 saltwater crocodiles could be restocked.

With an objective to conserve the Olive Ridley Turtles, the UNDP Sea Turtle Project was initiated by Wildlife Institute of India, Dehradun as the Implementing Agency in November 1999. The project is for 10 coastal state in India especially Odisha where it has contributed towards the preparation of a map of breeding sites of Sea Turtles; identification of breeding places and habitats along the coast line, and migratory routes taken by Sea Turtles. The project also helped in the development of guidelines to safeguard the turtle mortality rate and for tourism in sea turtle areas. Amongst the major achievements of the project is the demonstration of use of Satellite Telemetry to locate the migratory route of sea turtles in the sea.

The Great Indian Bustard, has been included in the UN Convention on migratory species’ Appendix 1 on India’s proposal, which was accepted unanimously at the 13th Conference of the Parties to the Conventional on Migratory Species (CMS) held in Gandhinagar. The development is important as it will ensure that these endangered species will be safe even while migrating to countries outside India.

Presently, the Great Indian Bustard only has 100-150 individuals remaining, and the species has been mainly restricted to Rajasthan’s Thar desert. The population of this species declined by 90 per cent within a mere 50 years.

Nearly 70 years after the cheetah was declared extinct in India, the animal is set to be reintroduced in the country, with the first batch arriving from South Africa and Namibia by the end of this year. Experts from Africa are likely to visit India in April to assess and provide their inputs on the selected habitats for the African cheetahs. Wildlife scientists from India will also travel to Africa between May and August to train themselves on handling the fastest animal on the planet.

The central government’s initiative to reintroduce the cheetah, the only large mammal to become extinct after India’s Independence, was approved by the Supreme Court last year in response to a petition filed by the National Tiger Conservation Authority (NTCA).

Bengal Florican has also been included in the UN Convention on migratory species’ Appendix 1 on India’s proposal, which was accepted unanimously at the 13th Conference of the Parties to the Conventional on Migratory Species (CMS) held in Gandhinagar. Another critically endangered species which is a conservation priority, the Bengal Florican also moves across international borders. It also faces threats while crossing boundaries, like changes in land use and collision with power transmission lines at the Indo-Nepal border.

The population of the Bengal Florican has declined, majorly due to loss of habitat and hunting. The Bengal Florican does not breed in areas outside the Protected Areas in the subcontinent any more, with the exception of a few areas in Assam.

Apart from these projects, GOI also has been handling projects like Vulture Conservation and India Rhino Vision (IRV) 2020. Another remarkable achievement is the first ever inter-state Tiger translocation programme, between Madhya Pradesh and Odisha.