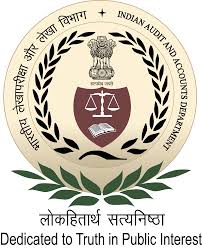 THE #CAG (Comptroller and Auditor General) report 2020 was tabled on 23 September and was sent to the government on 4 August 2020.

Shri Girish Chandra Murmu assumed office as the #Comptroller and #Auditor General of India on 8th August 2020. Prior to this, Shri Murmu was the first #Lieutenant Governor of the Union Territory of Jammu and Kashmir.

The Comptroller and Auditor General (CAG) of India is an authority, established by Article 148 of the Constitution of India, which audits all receipts and expenditure of the Government of India and the state governments, including those of bodies and authorities substantially financed by the government.

The GST (Compensation of States) Act

In the first two years of the #GST #implementation Rs 47,272 crore have been wrongfully retained by the Centre of the GST Compensation Cess. The audit report in 2018-2019 of the government accounts have highlighted that the amount was to be credited to non-lapsable GST Compensation #Cess collection fund. And then the amount was to be utilized for the payment to the states for the loss of revenue due to the implementation of GST since 2017. The government violated the GST Law by not crediting the amount to the fund. The Finance Ministry of India told (India TV) that have temporarily retained GST Compensation Receipt in CFI Pending Reconciliation and this cannot be termed as diversion of GST Cess Fund.

The CAG in 2017-2018 reported that out of Rs 62,612 crore GST Compensation Cess collected only Rs 56,146 crore was transferred to the non-lapsable fund. Then, in 2018-2019 Rs 95,081 crore was collected and only Rs 54,275 was transferred to the fund. In 2017-2018 the shortfall was Rs 6,466 crore and in 2018-2019 it was Rs 40,806 crore. The Centre told the #CAG that it has used to this money for other purposes which resulted in an overstatement of revenue receipts and understatement of fiscal deficit for the year. Yet, the #Finance #Ministry sources maintained that there has been no diversion of funds as compensation due to the states for consecutive years (that is, 2017-2018 and 2018-2019) were fully paid. They also added that the time taken in the reconciliation of compensation receipts cannot be termed as diversion of GST Cess Fund when the dues to the state were fully released by the central government.

Why do the states need the GST (Compensation of States) Act?

Since the GST (Compensation of States) Act guarantees that all states will receive an annual growth rate of 14% in their GST revenues in the first five years of implementation of GST beginning July 2017. It was released as a relief for states as a compensation of the loss of revenue which would arise from the implementation of GST. Now, if the state’s revenue grows slower than 14%, it needs to be reimbursed by the Centre using the funds which were specifically collected as compensation cess. Certain luxury and sin goods are charged to provide these grants.

The next GST council meeting is scheduled to take place on October 5, states will once again raise the issue of GST compensation.

The CAG also pointed out on the #non-transparent expenditure of the Jammu and Kashmir government stating that it, “does not have a clear picture of its accounts”. CAG Rajiv Mehrishi said, “Routine operation of minor head 800 for budgeting and accounting renders the accounts opaque without identifying the receipt, expenditure to its appropriate object of expenditure or revenue,” According to the CAG, there were persistent errors in budgeting, savings and excess expenditures by the state government. “Excess expenditure requiring regularization of the state legislature was Rs 1, 14,061.35 crore, as on 31 March 2018,” said the report.

The “Inefficiencies” of Women and Child Development Ministry

The report states that only about 50% of the fund was utilized by the Centre in the critical scheme of providing to the malnourished children and lactating women. The report mentioned that about Rs 1,042 crore were allotted for the Integrated Child Development Scheme out of which only Rs 908 were allocated. The report says, Rs 1,000 crore were saved “due to the inefficiencies” in performing the scheme, because of the delay in finalization of the contract with service providers for cloud services, for the delay in procurement of smart phones; non- receipt of utilization certificates and availability of unspent balance of previous years with the state governments.

The CAG has made some stern observations with respect to the foreign firms such as Dassault Aviation which did not meet the obligations of the domestic investment undertaken at the time of securing procurement contracts. After the CAG report the #Ministry of #Defence (MoD) has decided to scrap the entire offset clause from both the inter government and single vendor deals which were to be used for the procurement of defence platforms.

According to CAG report between 2005 and March 2018 there have been 46 offset contracts signed with foreign vendors with the total value of Rs 66,427 crore. The vendors would have discharges Rs 19,223 crore worth of offsets by December 2018 if these contracts were honored. The vendors only claimed to have a discharge offsets amounting Rs 11,396 crore which was only about 59% of the commitment. Later only 48% which was Rs 5,457 crore of these offset were submitted by representative vendors. And they were accepted by the MoD. The remaining claims were largely been rejected since and they have not compliant with contractual conditions and the Defense #Procurement Procedure.

With the offset clause, like in the case of procurement of 36 Rafale jets from France, the manufacturer Dassault Aviation and MBDA were mandated to invest 30 per cent of the contract amount in the Indian defence sector.

The CAG pointed out the issue of non-existent, unused and partially constructed toilets in government schools. The public sector unit claims to have constructed 1.4 lakh toilets in government schools under the Right to Education Project. About 40% of these surveys have been conducted by the comptroller and Auditor General of India (CAG). It was noted that over 70% of the toilets did not have running water facility and over 75% were not been maintained hygienically. Out of the 1,967 coeducational schools surveyed, 99 schools had no functional toilets while 436 had only one functional toilet, meaning that the objective of providing separate toilets for boys and girls was not fulfilled in 27% of the schools, said the CAG.