Implications of the #BeefBan in #Karnataka 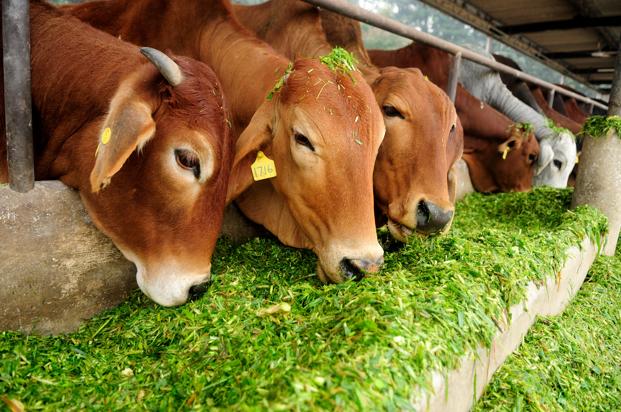 In spite of vociferous objections, the Karnataka government on Wednesday passed the Karnataka Prevention of Slaughter and Preservation of Cattle Bill 2020 in the state Assembly. The #Bill, if implemented, will impose a blanket ban on cow slaughter and the sale and consumption of beef in the state. Apart from the prohibition of cow slaughter, the Bill also bans the slaughter of the calf of a cow and bull, bullock, buffalo male or female and calf of a she-buffalo too.

“After the government came in, we had promised – go mata is our mother, they should not be slaughtered. The Bill will 100% be introduced this coming session…This is the blessing of the six crore people of Karnataka (and) of senior leaders. I thank the Chief Minister and the leaders for giving me this opportunity. This is the first time that the cow puja has been done here.”

Karnataka is not the first state to plan a stringent #anti-cow #SlaughterLaw. Andhra Pradesh, Assam, Bihar, Chandigarh, Chattisgarh, Delhi, Haryana, Himachal Pradesh, Jharkhand, Rajasthan and Telangana already have such laws in place. Other than denying citizens the choice of food, the proposed law has wide-ranging #social and #economic implications.

Will the Bill affect #farmers?

The new proposed Bill is facing opposition from human rights groups, farmers associations and several #butcher communities in the state. If passed, the cow protection Act will not just stop sales of the meat in the state and thereby directly impact the Qureshi butcher community but also hurt #farmers and #cattle herders deeply.

Karnataka Rajya Raitha Sangha president Kodihalli Chandrashekar said the Bill is anti-farmer and has been brought in keeping electoral politics in mind.

“Animal husbandry and farming go hand in hand. When a cow or buffalo stops producing milk, farmers sell it. Now we have to take care of it till it dies. If the cattle produce male calves, we generally sell them. Now we can’t do that and this will add to existing #agricultural costs. How many loans can we take?” he asked. He further adds that the Bill was passed only to appease the BJP’s electorate and is ironic when #India is largest #BeefExporter.

J.M. Veerasangaiah, working president of the Karnataka Rajya Raitha Sangha, said at a press conference organised in Bengaluru at the time that Yediyurappa had failed to enact the law in 2010 because of opposition from the farming community.

“The farming community is suffering severe #EconomicHardship in the state because of the pandemic. The sale of aged cows, bullocks and buffaloes allows a farmer to alleviate his dire situation slightly and this law will even prevent that. Somehow, the BJP’s ideology wants us to feel that #vegetarianism is supreme whereas non-vegetarianism is bad, but how will the poor, Dalits and religious minorities get nutritional food without beef?” he asked.

Will the Bill ‘#corporatize’ farming?

Several people reportedly believe that this Bill will result in corporatization of farming in the state and is an extension to all the other farm laws against which the farmers across the country have been protesting massively. Vinay Sreenivasan, a #Bengaluru-based advocate-activist said that,

“The practice of farmers selling their cattle for slaughter has been there for years. This law takes away animal husbandry from the farmers, especially in times of #drought and #floods. This is nothing but an assault on farmers both by the state and Union government in favour of corporatisation of farm practices. Moreover, we’re going through an inflation crisis, and beef is the cheapest form of protein and this law takes away the right of whoever wants to eat it.”

What does the #Opposition say?

Karnataka state Congress President and former minister #DKShivakumar also said that the Bill was not part of the day’s agenda as discussed in the Business Advisory Committee (BAC) headed by the Speaker, and the government had assured that no new Bills would be introduced.

“We were thinking that what was decided in the BAC will be followed. This is a violation, this government has no manners. Bill copies were not given to us. Even the Minister didn’t have the bill. This has happened through government pressure. This is against our parliamentary system of #democracy. They don’t have faith in this democracy or the Constitution,” former Chief Minister and Leader of Opposition Siddaramaiah said.

The Congress alleges that the law will be misused to polarise people on #Communal lines and target Muslims.

What are the #penalties?

Offenders can face three to seven years in jail or a fine of ₹ 50,000 per cattle, which could go up to ₹ five lakh. In case of repeat offence, the fine can be ₹ one lakh to 10 lakh per animal along with seven years’ jail. For the transport, selling and buying of cattle, the punishment ranges from three years to five years with a fine of ₹ 50,000.