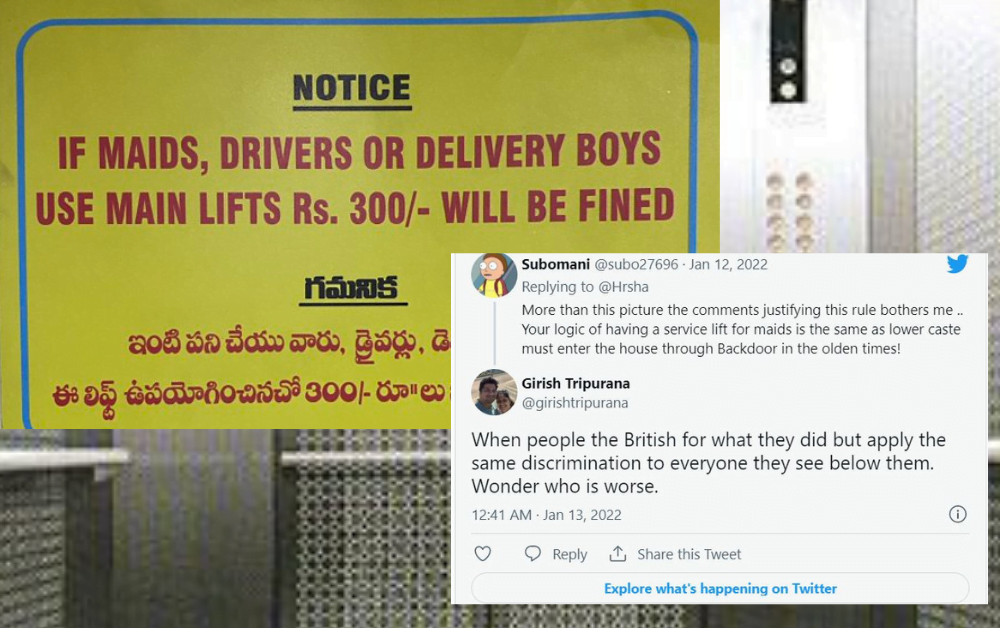 A housing society in Hyderabad has landed in the limelight for all the wrong reasons. It had posted a sign regarding the the use of lifts, warning that house help, drivers, and delivery people who use the main elevator would be penalised, sparking an online controversy with many calling the policy “discriminatory.”

The warning, apparently from a society in Cyberabad, Telangana, stated in both English and Telugu, “If maids, drivers, delivery boys use [the] main elevator, Rs 300 will be fined.”

Harsha Vadlamani, an independent photojournalist, shared the image on Twitter, and it soon went viral.

While some were outraged and demanded that the warning be removed, others pointed out that it was a very typical practice in many places around the country.

While some defended the warning, claiming that it was put in place to prevent the spread of Covid-19 by separating persons coming in from the outside, others argued that “the same cook going up in a service lift will enter the kitchen to cook.”