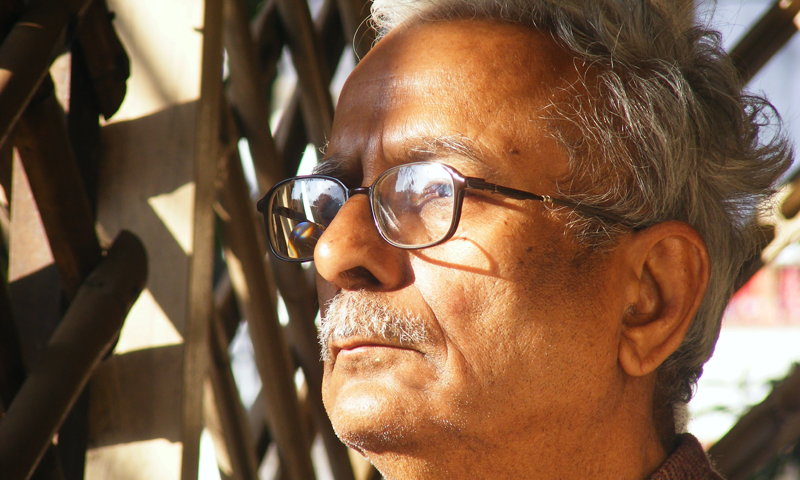 Renowned Hindi writer-poet Vinod Kumar Shukla, whose works have been a part of the curriculum for years, accused his publishers of paying his royalties in meagre amounts for years.

In a video shot by a local channel that has now gone viral, the Raipur-based literary giant is seen talking about the royalties he has received from Hindi publishing houses like Vani Prakashan and Rajkamal Prakashan for his most popular books which include novels like “Naukar Ki Kameez” and “Deewar Mein Ek Khidki Rehti Thi”.

"I didn't know they were cheating me."

Writer-Actor Manav Kaul who had met Shukla recently in Raipur while shooting for a documentary was the first to highlight the issue. Through his Instagram post he said, “In the last year, he has received only Rs 6,000 for three books published from Vani Prakashan. And only Rs 8,000 for the whole year from Rajkamal Prakashan, almost the same amount. It means that the biggest writer in the country is earning only Rs. 14,000 for the year. He does not get any reply to his letters for months. He has written to Vani to not publish his book but nothing has been done on this,”.

In an interview with Press Trust of India (PTI), Shashwat Gopal Shukla, the writer’s son said they came to know about poor royalties only after the writer met Actor Manav Kaul. He also revealed how the writer-poet has been reaching out to the publishers to not publish some of the books due to proof mistakes but they continue to bring out new issues. It was also found out that he does not receive royalty payments for revenue earned through e-books.

He has been writing letters to publishers for years to stop publishing new additions, don't publish without approval, but they don't listen.

Some of his books don't even appear in the royalty statement.

Fraud with royalties has been a contentious issue in Hindi literature. pic.twitter.com/rEIBPwpvHm

In a statement, Ashok Kumar Maheshwari, managing director of Rajkamal Prakashan, said the publication promised to sort out the issues through a meeting with Shukla. This news reveals how fraud with royalties continues to be present in Indian literature. Meanwhile, netizens including Producer Manish Mundra from Drishyam Films and Anas Tanvir, Founder of the Indian civil Liberties Union have offered help to the writer-poet.