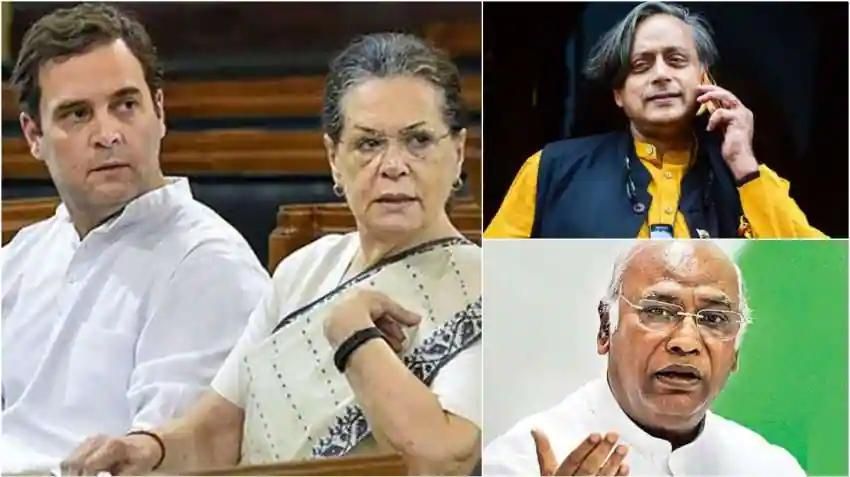 The fate of who will become the Congress’s next president – between veteran leaders Mallikarjun Kharge and Shashi Tharoor – is being sealed on Monday with voting going across the country; the results will be out on Wednesday. While Tharoor’s nomination has generated a lot of interest with the leader proclaiming himself as the face of young Congress, political analysts have been predicting a win for Kharge, the fiery 80-year-old Karnataka MP, who seems to be more in favor with the party high command.

Interim Congress chief Sonia Gandhi along with a host of AICC general secretaries, state in-charges, secretaries and joint secretaries are likely to cast their votes at 24, Akbar Road – the party headquarters in the national capital.

The election is historic since it would be the sixth time in its nearly 137-year-old history that an electoral contest would decide who would take up the mantle of the party’s president.

Then in 1950 came the Congress’ first election post-Independence for the post of party president when Purshotttam Das Tandon and Acharya Kripalani faced off for the top post. Surprisingly, Tandon, seen as a Sardar Vallabhbhai Patel loyalist, had won the contest trumping the then PM Jawaharlal Nehru’s choice. Congress party is the only political party to hold elections for its president. This is a historic day. Rahul Gandhi will cast his vote in Ballari during Bharat Jodo Yatra. Party’s interim president Sonia Gandhi is expected to cast her vote around 11am: Congress MP Jairam Ramesh.

In 1977, following the resignation of Dev Kant Barooah as party president in the wake of the defeat in the Lok Sabha polls, K Brahmananda Reddy became AICC chief after defeating Siddhartha Shankar Ray and Karan Singh in the party’s polls.

The next election for the post of president was held 20 years later in 1997 when Sitaram Kesri squared off in a triangular contest with Sharad Pawar and Rajesh Pilot. Except for Maharashtra and parts of Uttar Pradesh, all state Congress units had backed Kesari. He had posted a landslide victory getting 6,224 delegates’ votes against Pawar’s 882 and Pilot’s 354.

The third Presidential electoral contest came in 2000 and this was the only time a Gandhi family member was challenged in the elections with Jitendra Prasada taking on Sonia Gandhi.

Jairam Ramesh said he has always believed in the Congress model of evolving a consensus for such positions, noting that the most famous practitioner of this approach in the post-Nehruvian era was K Kamaraj. While Ramesh said that the elections were of less institutional importance than the Bharat Jodo Yatra which the party had undertaken last month, the leader stressed that it is significant that the elections are taking place at all.