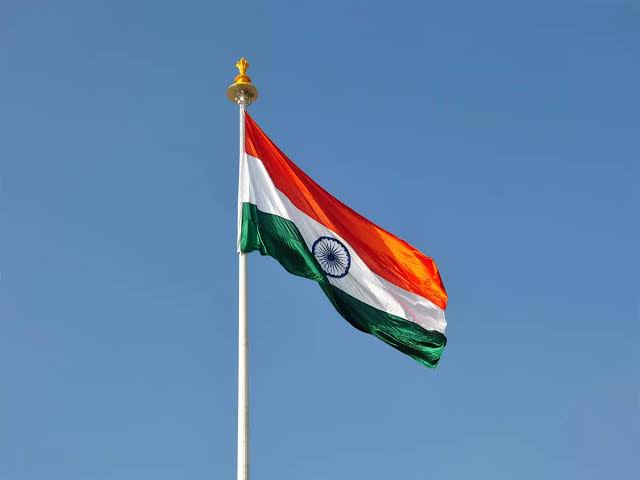 Amitabh Bachchan, Kapil Dev, Virat Kohli, Anupam Kher, and Asha Bhosle are among the well-known celebrities who appear in the “Har Ghar Tiranga” anthem video, which was released by the Ministry of Culture to honour and commemorate India’s 75th anniversary of independence and the glorious history of its people, culture, and accomplishments.

As India rings in yet another year of independence, here are 5 amazing facts you probably didn’t know about the Indian flag.

1. On August 7, 1906, the first Indian flag was hoisted in Calcutta’s Parsi Bagan Square. Along with flowers that read Vande Matram, it had three stripes, the top one green, the middle one yellow, and the bottom one red.

2. The largest Tiranga in the world was unveiled by the Indian Army at Jaisalmer on January 15, 2022, in honour of Army Day.

3. A fourth type of flag was used in 1921 and the new flag had stripes of white, green, and red, with the colour white standing for religious minorities, the colour green for Muslims, and the colour red for Hindus. In the centre was a Spinning Wheel. This flag reflected Mahatma Gandhi’s vision.

4. The current Indian National Flag was created by Pingali Venkayya, an activist for education and freedom from Andhra Pradesh. Jawaharlal Nehru, India’s first prime minister, hoisted the flag at the Lahori Gate of the Red Fort in Delhi on August 15, 1947.

5. There is a flag code that states that the Indian national flag may only be hoisted during the day and that no other flags or symbols may be displayed above it. The saffron colour must always be on top as the flag is hoisted horizontally.