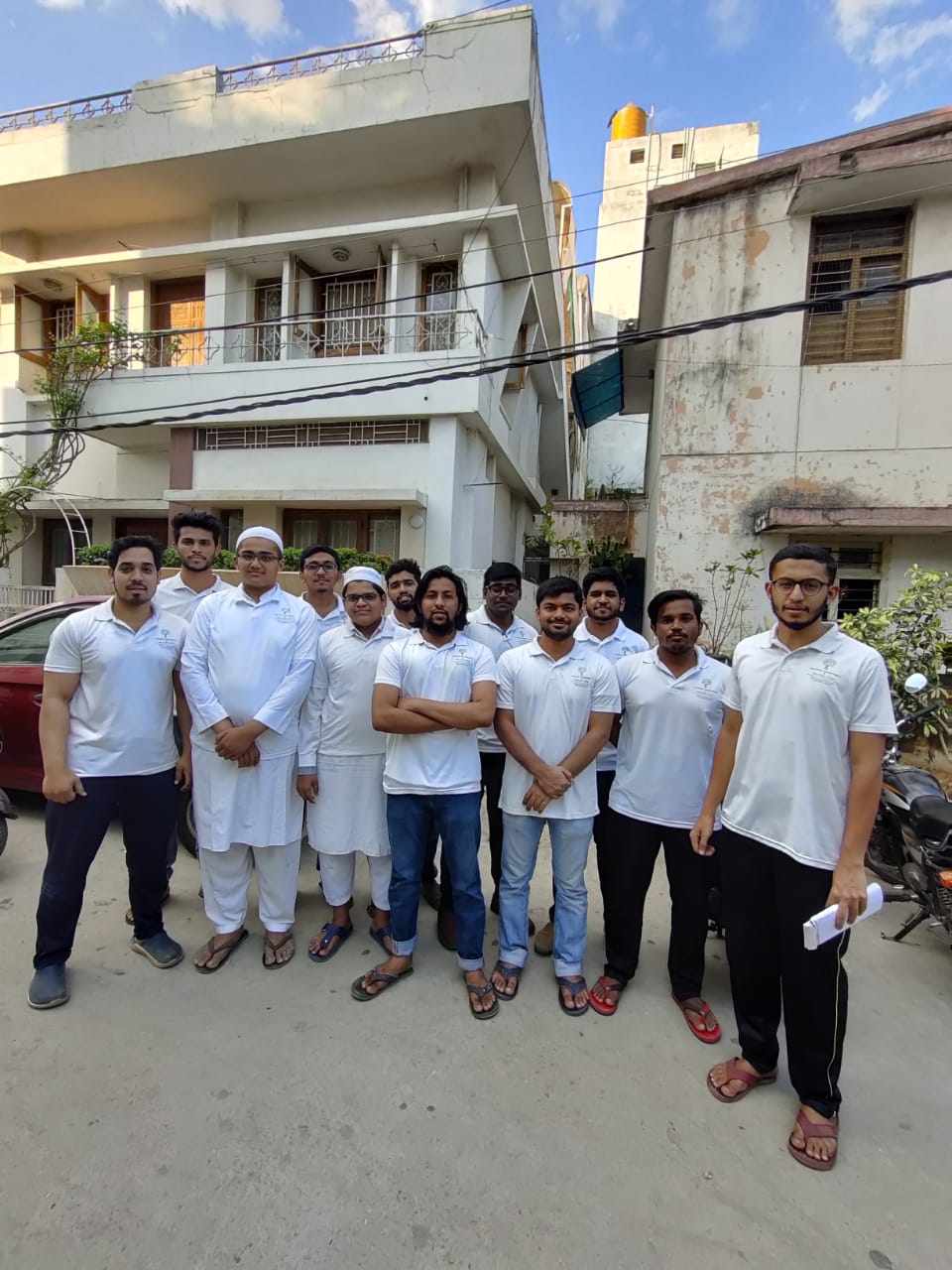 Up until a month ago, the COVID situation in India was a matter of grave concern. India had become the latest specimen that the world pointed at, just like Italy, China, and other countries last year. The international media took fancy in showing off the many burning pyres and sadden people of this nation. The health system had collapsed and the commoner was left to fend for himself. But things have gotten better now as the worst seems to have passed. India’s cases plummet as you read this, still, far from normal, we inch closer to betterment each day. There were and still are many who continuously work behind the scenes to make this difference. Living a life where they deny themselves every day only to see the underprivileged and needy have a fair chance. These are the many men and women of action whose lives are a testimony far greater than any Twitter caption will ever be.  In this ground report, we take time and reflect on some of such unsung heroes who fought this battle alongside India, Hamara Trust, an NGO based in Bengaluru city that made a difference.

An NGO founded by the then undergraduate students; Hamara Trust has one interesting yet heartwarming origin story. The founders felt the need to do something when they were approached by a lady who was struggling to gather funds for her daughter’s marriage. The girl herself had taken tuitions under one of the founders, Mr. Shahbaz Khan. They wanted to help but as they themselves were students, they didn’t have the money on hand. They decided that they would gather funds and that they did; within seven days they were able to collect fifteen thousand rupees successfully. And ever since then, they haven’t stopped serving the needy. Today, almost two years after the NGO was formally founded, it has continued to play the good Samaritan in various people’s lives in multiple ways. Not to be forgotten that the volunteers who coordinate things on the field also work on the side to earn a living and support their families. Their schedules are hectic, to say the least. Starting with two, they now work alongside more than two hundred people including the core teams, the volunteers, and the donors. It was fascinating to know that 70-80% of their regular donors are actually students.

Speaking to NewsHamster about how things work in the organization, Mr. Shahbaz Khan talked about how transparency is something they take very seriously. From the donors who pitched in ten bucks to the ones who give away a thousand, all are informed about how their money was used. These donors receive monthly updates with photographs of bills and proof. The team also strives to maintain the quality and hygiene of things that they give out to people. With multiple drives a year, they keep finding new ways to make their localities a better place.

During last year’s pandemic especially, they provided door-to-door services so as to follow the guidelines and work efficiently. These drives, based on the specific needs of people included, ration donation for up to two months, provision for medical assistance, monetary support to widows and single mothers, and a cloth drive where they gave away clothes to orphans. At the mention of widows, Mr. Shahbaz Khan told us how it was their policy to make widows especially the ones with children their permanent recipients. These women receive monthly aid either financially or in kind. “Every year we increase our beneficiaries and we keep them permanent. The main motive is to help out the widows”, he stated.

This year was no easy job either, their recipients had more than doubled. With lesser funds on hand and more work to do, Hamara Trust was in for a rough ride. They began with serving cooked meals for fifteen days. Following this, they continued with the four drives. What changed drastically this year was that there was an increased demand for medical assistance. On various occasions, the teams coordinated and provided the sick with information on acquiring medical help. Even as Mr. Shahbaz Khan spoke to us, he was on his way to pay someone’s medical bill. All in all, he and his team had worked overtime to make sure the situations didn’t worsen.

Eventually commenting on how India could’ve used a better game plan against the second wave he said, “As someone who has worked on the ground alongside many other social activists and seen firsthand what they had to deal with, all I can say is that had the authorities done 25% of what these men and women did, India would’ve been in a better place”.

On a more positive side though, he mentioned how he came across some really amazing and dedicated people during these tough times. “Their devotion and quick responses inspired us to do better, I admire how many of them worked tirelessly yet proficiently”, he added.

Giving a glimpse of what is to come, he shared a few ideas that he and his team members have on their minds including women empowerment, microfinancing, teaching the underprivileged for free, burial assistance for orphans, amongst others. They plan on adding another drive to their list called the education drive where they shall provide books, bags, and shoes for about 40-50 kids. This will be called the BBB- Bags, Books and Boots. “We have plans for the next two years, we know what we want to do and where we will be standing. We are just patiently waiting for the lockdown to get over and things to get normal before we go ahead with these plans.”, he said.

There are many more stirring stories and instances that truly make us, as a society, hopeful for the future. It is necessary to make it known that these youngsters didn’t give up even after facing so many problems. “If not us then who?” asked Mr. Shahbaz Khan whilst describing his and his team’s passion for helping their community. With this burning desire, Hamara Trust strives to make a difference every single day.