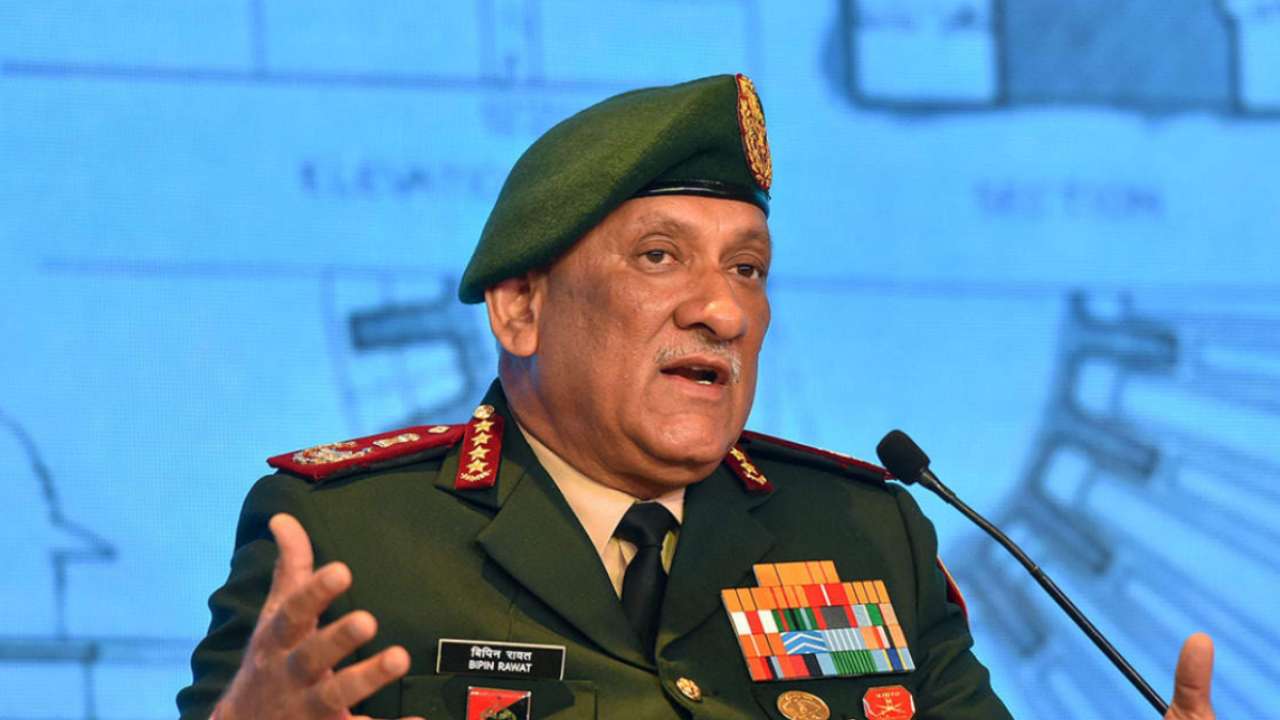 It was reported Thursday afternoon, hours after the devastating crash of an Indian Air Force chopper, that Chief of Defence Staff General Bipin Rawat, his wife Madhulika Rawat, and 11 others aboard the chopper had passed away.

In an official statement, the Indian Air Force said, “With deep regret, it has now been ascertained that Gen Bipin Rawat, Mrs Madhulika Rawat, and 11 other persons on board have died in the unfortunate accident.”

As India mourns the loss of a truly illustrious man, here’s a look back at the highlights of his expansive career:

First tri-service chief of India
General Bipin Rawat, the former Indian Army commander, was named the first tri-service chief on December 30, with effect from December 31, 2019. General Rawat was the first sitting Chief of Army Staff to be chosen for this prestigious position.
In his post as CDS, Gen Rawat served as the government’s single point of contact for military affairs, with the primary goal of merging the three services – Army, Navy, and Air Force.

US Army Hall of Fame
General Bipin Rawat was also inducted into the United States Army Command and General Staff College International Hall of Fame for his outstanding service and achievements to the country. In addition, he was an honorary general in the Nepalese Army.

Reducing militancy in northeast
He played a critical part in reducing militancy in the Northeast, with one of his career milestones being the 2015 cross-border operation into Myanmar, in which the Indian Army successfully countered an ambush by NSCN-K militants. Under Rawat’s guidance, the expedition was carried out from the operating headquarters of the Dimapur-based III Corps.

Army operations Against Pakistan
The Indian Army has taken some of the toughest measures against Pakistan under Rawat’s command. When the Indian Air Force carried out the Balakot attacks in February 2019, it was during his term that the army provided strengthened border defences with Pakistan.
He has also assured severe retaliation against the Pakistan Army’s unjustified ceasefire breaches along the Line of Control.

Surgical strike in Balakot, Myanmar
General Bipin Rawat, as the Army Chief, oversaw the airstrikes targeting a Jaish-e-Mohammad terror training centre in Pakistan’s Balakot in 2019. The airstrike was done after over 40 Indian soldiers were killed in a terror attack in Pulwama.