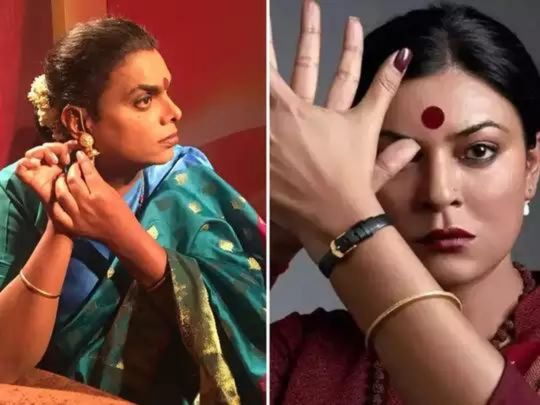 Sushmita Sen made a terrific comeback to the screen with Aarya and now she is all set for another OTT release, named Taali. The film is Gauri Sawant’s autobiography and Sushmita will be seen playing her role in this film. 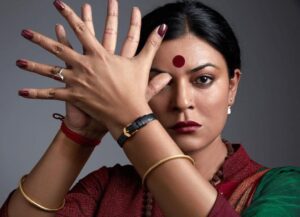 Netizens lauded the actress for her look, however, the decision to cast Sushmita as a transgender person was not well received by some of the social media users. They felt an actual transgender should have essayed the role.

For the uninitiated, Taali is a biopic of transwoman Gauri Sawant, and Sen will be depicting her life through this movie. The first poster of Taali featured Sushmita Sen in the look of Gauri Sawant as she wore a red green saree with a big round maroon bindi on her forehead.

Taali is Gauri Sawant’s autobiography and while speaking about Sushmita Sen playing her role, Gauri said that initially, she didn’t have a clue as to who would play the titular role. While speaking to Lokmat, Gauri Sawant said, “I had no idea who would play my role. I thought some south actor or actress would play my role. When I was told Sushmita Sen’s name, I laughed. Her Chunri Chunri song kept coming to my mind. I really couldn’t believe that she would be playing my role at first. But after signing contracts, I was convinced.” 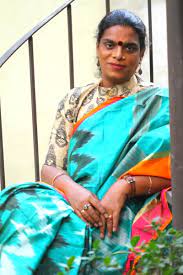 She further added, “It is a very big thing to make a biopic, especially on the life of a transgender and that too Sushmita Sen is playing my role.” After the announcement was made, Gauri Sawant shared a picture of herself with Sushmita Sen and the producer Afeefa Nadiadwala Sayed.

Gauri Sawant is the founder and director of Sakhi Char Chowghi Trust, which promotes safe sex and provides counseling to transgenders. Gauri adopted a girl named Gayatri in 2008 after Gayatri’s mother died of AIDS. In 2019, she was made the goodwill ambassador of the Election Commission in Maharashtra.

For those who don’t know, Gauri Sawant has been working for the transgender community for many years. She is involved in many social activities and also does important work for sex workers. More than 500 transgenders have been brought together by Gauri Sawant.