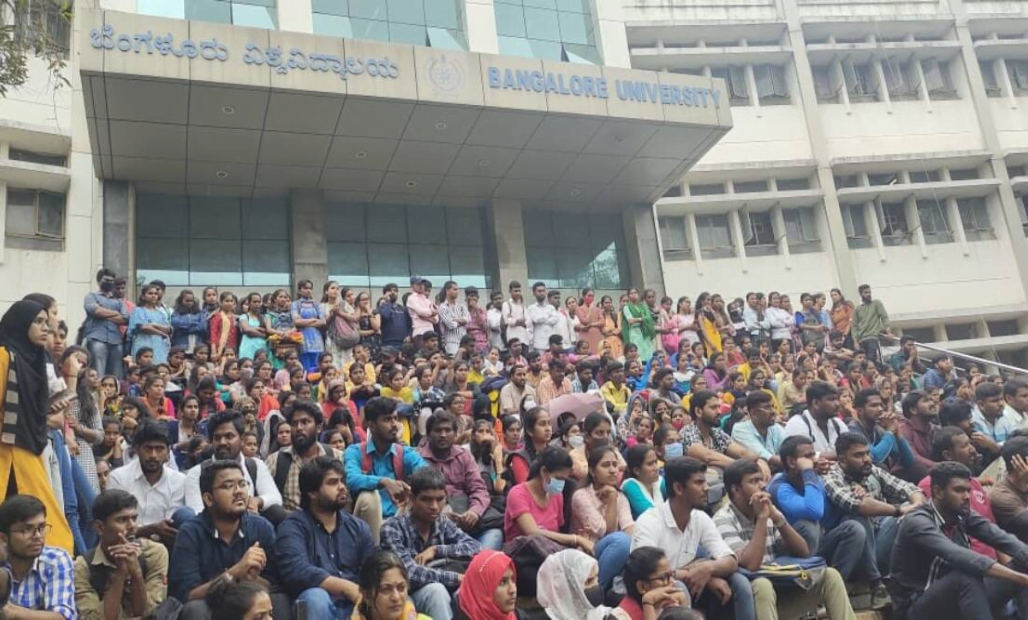 Students and staff members of Bangalore University, Jnana Bharathi campus have taken to protests to oppose the construction of a Ganesh temple on campus premises. The temple is said to be built near the administrative block which is the primary point of dissent amongst students. The students have also alleged to move the Karnataka High Court to make their demands heard. Furthermore, they argue that the location of the temple might lead to a communal muddle on the university campus. The construction of the temple is also assumed to be a strategy by the BJP to “saffronize” the campus.

Previously, a temple had been demolished to widen the Ullal main road, where it stood. Therefore, The Bruhat Bengaluru Mahanagara Palike (BBMP) took to building t

he temple within the university campus as a replacement.

Students, however, assert that the University Grants Commission (UGC) laws restrict the construction of sites of religious significance such as mosques, churches, and temples in public spaces.
On the other hand, the authorities of Bangalore University are in no way funding the construction or maintenance of the temple. Moreover, the original temple was owned by a trust belonging to the residents of Mallathahalli.

BangaThe students claim that the temple had no necessary land records.
To put the protests to an end, the University officials have filed a police complaint against the students’ staging protests.