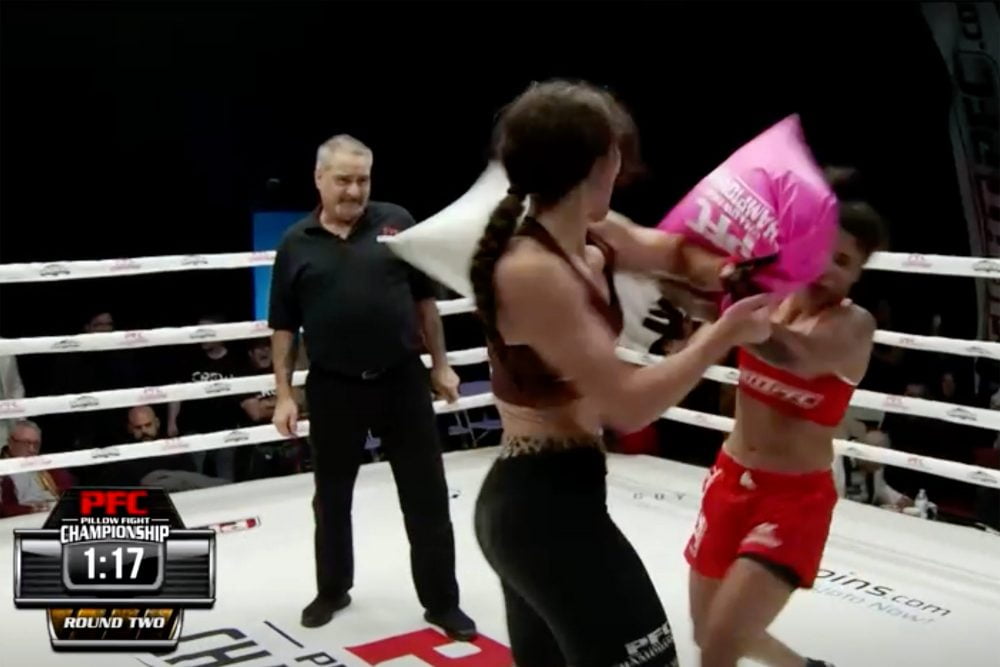 PFC has all the excitement of hand-to-hand combat without the gore of mixed martial arts or boxing, according to Steve Williams, the man who envisioned converting childhood banter into a professional combat sport.

“It’s not something where you sit there and laugh and feathers are flying,” Williams, CEO of PFC, said in an interview with Reuters.

“It’s serious. It’s hardcore swinging with specialized pillows. The only difference between our fights and MMA fights is that nobody gets hurt,” he said. “The fighters don’t like to get hurt, and there’s a lot of people who don’t want to see the blood. They want to see good competition, they just don’t want to see the violence. You can call it an alternative sport, but we think it’s going to have mainstream appeal,” he mentioned.

The fact that so many folks grew up slamming pillows into their family and friends makes the sport relatable, which Williams believes will help him reach a widespread, youthful audience.

The pay-per-view event featured 16 men and eight women, most of whom were familiar with mixed martial arts and boxing, proceed through a bracket-style battle until a champion was crowned.