Recently Mithali Raj, one of the most celebrated Indian female cricketers, announced her retirement from all forms of international cricket. She was an inspiration to several young girls in India to take up cricket as a career.

Being one of the best players in the world, Mithali Raj has left a strong mark in cricket. She is an opening batsman and a right-handed bowler. She has an unbeaten record of more than 6000 runs in the ODI format of cricket. She made her first debut as a 16-year-old in 1999 and at the age of 19, she scored 214 runs against England in the second and final Test at Taunton. Jhulan Goswami made her debut for the country in 2002 and has been leading the team with her superb bowling skills. At one point she was the fastest bowler in women’s cricket. She won the ICC Women’s Player of the Year award in 2007 and the Arjuna award in 2010. She received the prestigious Padma Shri award in 2012. 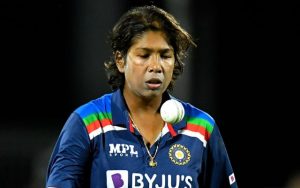 Being one of the most famous all-rounders, Harmanpreet Kaur, made her debut for India in 2009. Her batting and bowling skills have got her into the limelight in the International Circuit. Her team won the Asia Cup in 2016 and earlier that year she signed a contract with the Sydney Thunders in the Women’s Big Bash League. Deepti Sharma made her debut for the country in November 2014 when India faced South Africa in Bengaluru. She is an all-rounder player who is a left-handed batter and a right-arm off-spinner. She made her T201 debut in Sydney in 2016, and the same year, she set her best record. In Ranchi, she took six wickets against Sri Lanka. Her ODI score of 188 is the highest in Indian women’s cricket history. 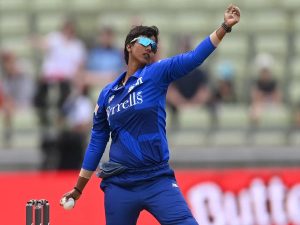 Smriti is the only player to have been named to the ICC Women’s Team of the Year in 2016. In the year 2013, she was awarded BCCI’s MA Chidambaram Trophy for the best woman cricketer. Due to her batting skills, she was awarded a contract with the Brisbane Heat team in the Women’s Big Bash League in 2016. 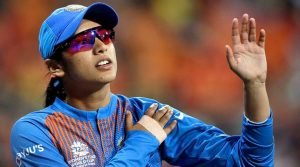 While Mithali Raj is retiring from all forms of international cricket, she will undoubtedly be remembered for her cricket skills. Moreover, fans are eagerly waiting for her biopic to be released in the theatres.

References: BCCI and The Times of India.