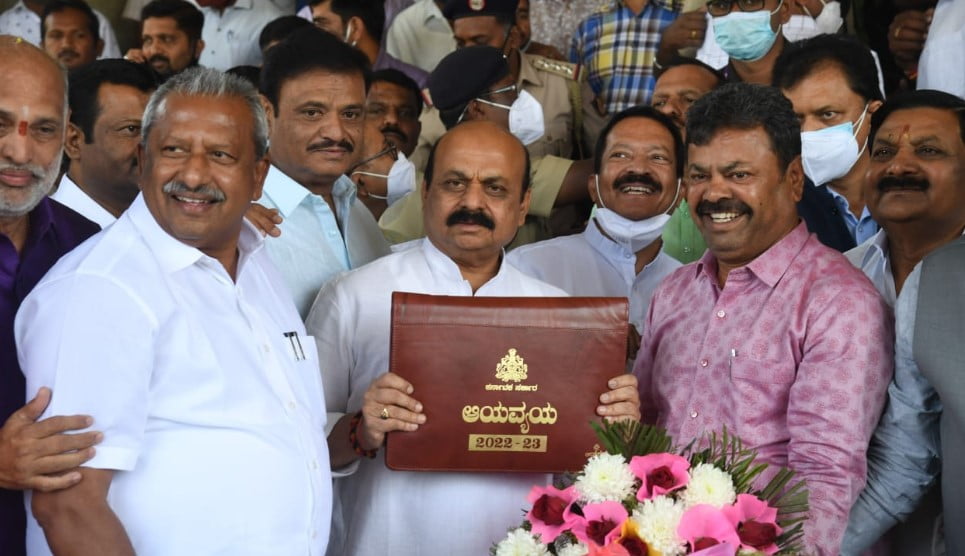 On Friday, Chief Minister of Karnataka, Basavaraj Bommai presented the state budget, fixed at the size of Rs.2,65,719.92Cr for the financial year 2022 – 2023. The size of the budget is increased by ₹19,512.92 crores over the previous year and the borrowing has come down by Rs.4000Cr.
The main focus of the budget was on relieving the pandemic caused damages, as no new tax, or raise in tax was levied.
“I have attempted for a balanced development of all sections of society and all regions in my first Budget. The Budget is the reflection of the aspirations of people-centric development,” Mr. Bommai said.
Instead of new the plans and schemes, the decision was made for the reintroduction of the Yeshaswini health insurance scheme for farmers. Through the PDS, the decision for the distribution of an additional one kg of ragi or jowar along with five kg rice was made official.
For Mekedatu Project an allocation of Rs.1000Cr was observed.
Under Welfare Measures, the budget proposes,

This Budget has allocated Rs 8,409 crore for Bengaluru. The Chief Minister said that the emphasis would be on speedy implementation of Namma Metro, Suburban Rail, Peripheral Ring Road, and other projects planned for decongestion of traffic, and development of lakes and green cover.