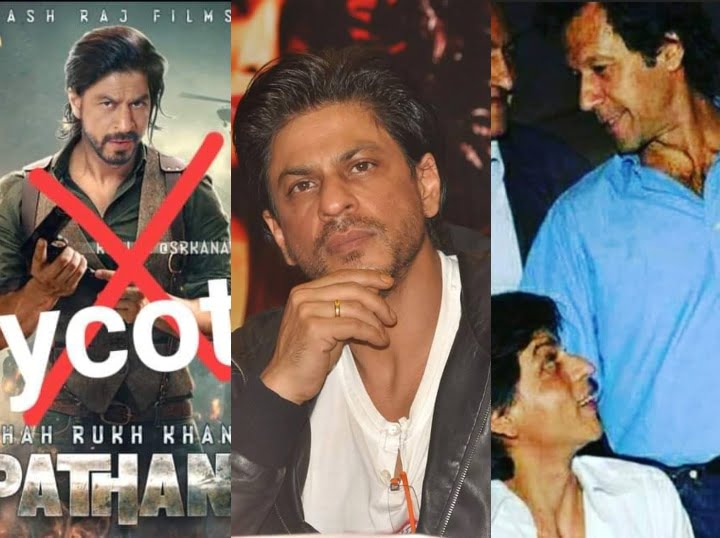 Indian Twitterati needs to chill. The tsunami of boycott news we read every day never seems to end!

For starters, Amir Khan’s starrer ‘Laal Singh Chadda’ became a household name, not for its plot but for its controversies.

Let’s get to the tea

The Sadhu, who is also the guru brother of Uttar Pradesh Chief Minister Yogi Adithyanath said in an interview with IANS that “I am not against any movie but against actors who flourish on Indian fan followers and abuse the nation”

He has also claimed that he received death threats on social media. “One Saleem Ali has posted a beheaded poster of mine on Twitter, he is from Shah Rukh Khan’s PR team. This is in reaction to my Thursday’s tweet in which I had appealed to sanatanis to boycott his new movie Pathaan like Amir Khan’s Laal Singh Chadda”.

The Badshah fans, however, are steadfast in their pursuit of defending their favorite actor, who hasn’t replied to any film controversies as of yet. #Pathaanfirstdayfirstshow has been trending on Twitter in support of the actor.

This will be Khan’s highly anticipated comeback after four years. The movie also includes Deepika Padukone and John Abraham and is stated to release on Jan 25, 2023.

#BoycottPathan
I request to all kattar Hindus to show the hashtag Boycott Pathan 🚩🙏 pic.twitter.com/dqHhgsnQCn

Hrithik Roshan starrer Vikram Vedha found itself in a controversy after the actor praised Laal Singh Chaddha on Twitter. Apparently, Hrithik Roshan had been seen in a theatre in Mumbai on Saturday and was spotted by paparazzi leaving the cinema hall. He later took to Twitter to laud the film which did not sit well with netizens. Soon enough #Boycottvikramvedha started trending on Twitter with social media users furiously calling out to boycott the film.

Vikram Vedha is a remake of a blockbuster Tamil film of the same name starring Hrithik Roshan and Saif Ali Khan. It is stated to release on 30 Sept 2022.