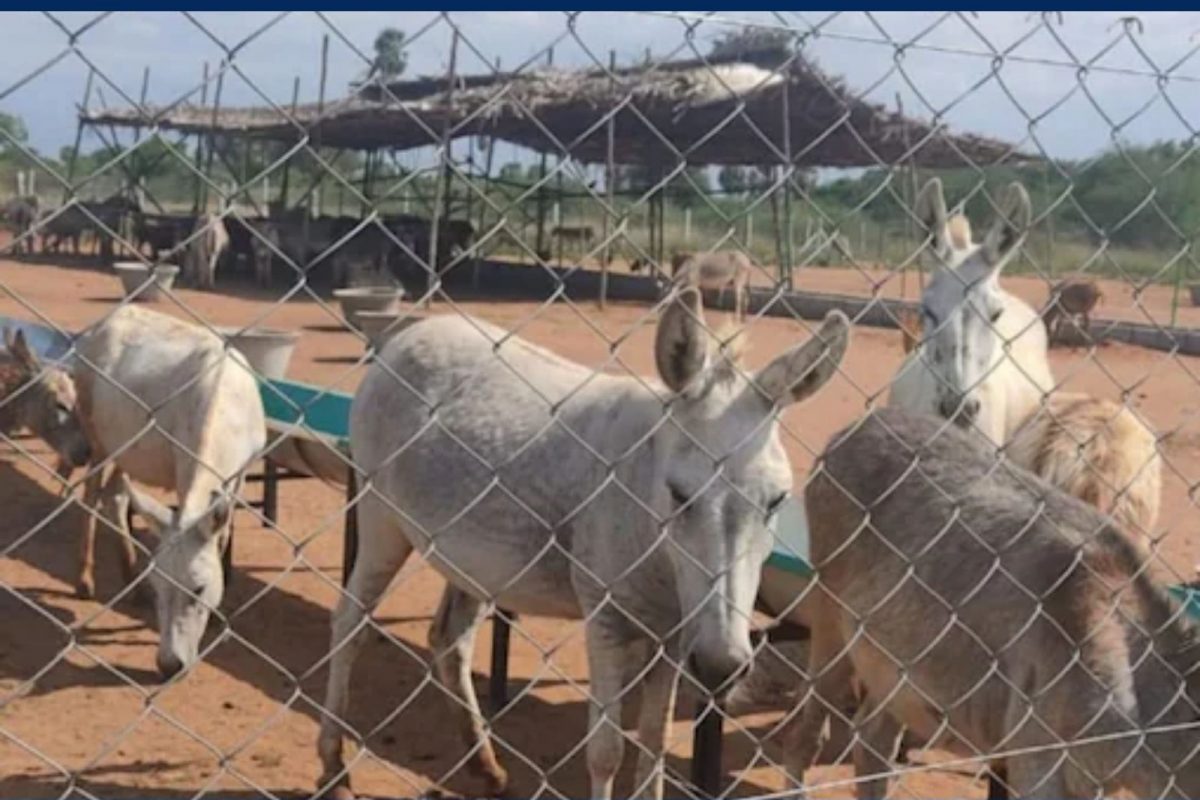 According to Srinivas Gowda, he decided to run the donkey farm after being moved by the plight of the donkeys. Donkeys are one of the most undervalued and underappreciated animals in the country.

Mr Gowda is a BA graduate who started Isri Farms which is an integrated farm in agriculture, animal husbandry, veterinary services, training and fodder development centre. It likes on a 2.3-acre plot in Ira village of Dakshina Kannada district. He started the farm after he quit his IT software job in 2020.

He initially started the farm with goat breeding and soon purchased rabbits and a Kadaknath variety of chicken. He plans to introduce 20 donkeys in the initial stages and plans to increase their number further. He claims that donkey populations in the country are declining because they are no longer used by dhobis due to the rise of washing machines and other washing equipment. 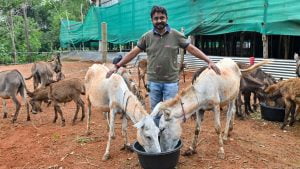 He further said that people were apprehensive and made fun of him when he tried to tell them his idea of a donkey farm.

The milk obtained from a donkey is said to have a higher nutritional and medicinal value. It is reportedly tastier and more expensive than other animal milk.

Mr Gowda is planning to supply donkey’s milk to people in milk packets. A 30ml milk packet will cost Rs 150 and will be available in malls, shops, and supermarkets. Moreover, he plans to sell donkey’s milk to the beauty industry. He says that he has received orders worth Rs 17 lakhs.