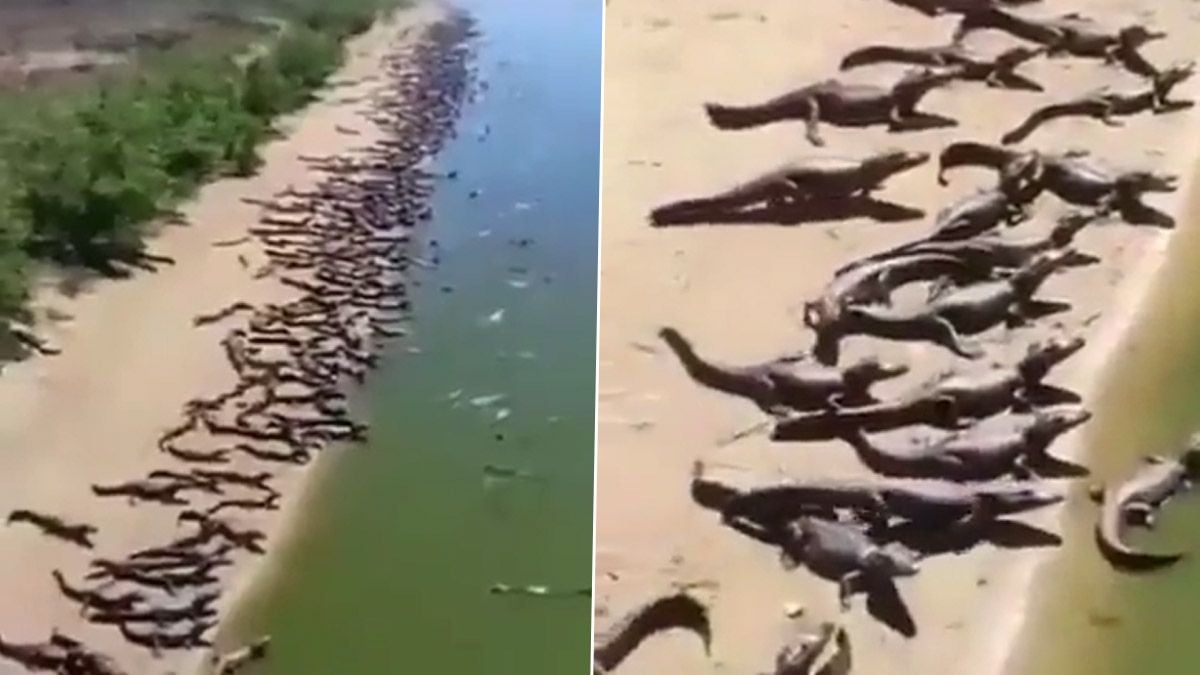 A video clip going viral shows an estimate of 700 crocodiles invading a Brazilian beach leaving locals in a state of panic. The video is shot from a safe distance showing most of the deadly reptiles gathered along the sandy coast of the beach and some are still in the water. 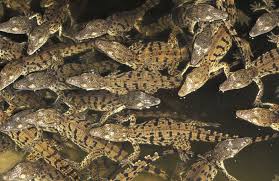 The video showed reptiles on a shore. It was shot in Brazil. Social media users were horrified by the clip and it amassed more than 8 million views and 1,57,800 likes. Many called the incident a “crocodile invasion”. However, some reports dismissed the claims and stated that the reptiles were actually alligators.

The video, which is surely one of a kind, was shared on Twitter by Ken Rutkowski, a radio talk show host. Captioning the video, he wrote, “In Brazil, an invasion of crocodiles has flooded one of the beaches with several hundred, even thousands, and the local population is panicking.” The clip garnered a lot of attention online for obvious reasons.

Netizens are of the view that it is not something unusual, given that humans have invaded their habitat it is only natural for the crocs to come to the shore. One user stated, “Don’t call it invasion. Call it Reclamation. Thousands of crocodiles have flooded a beach to reclaim their home, once encroached by humans.”

Meanwhile, the clip was originally uploaded by Pantanal Pesca, an outdoor and sporting goods company, with the caption, “I think there’s a little water in this alligator. Lol. I’ve never seen so many together”

The large crocodilian animals appear to be largely stationary in the video, though some of them can be seen slowly making their way towards the water. The Pantanal region, which is located across Bolivia, Brazil, and Paraguay, has “the largest concentration of crocodiles in the world, with approximately 10 million caimans,” according to the World Wildlife Fund(WWF). 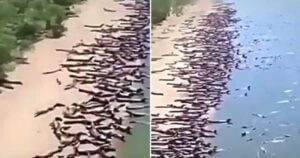 Amidst all the speculations about whether this is unusual behavior, several users pointed out that these aren’t crocodiles at all. Similar to crocodiles, users claimed they are caimans, and the netizens residing in Brazil confirmed there was no panicking involved.

But according to experts, these claims are inaccurate for multiple reasons. First, the reptiles are yacare caimans, not crocodiles. Second, there is nothing unusual about this behavior, which happens each year during the dry season in the Pantanal, the world’s largest tropical wetlands spanning parts of Brazil, Bolivia and Paraguay. Third, the Pantanal region is nowhere near the beach and a voiceover in the clip identifies the location as a river,

According to Brandon Sideleau, a crocodile specialist, yacare caimans can be identified by their snouts, which are shorter than both alligators and crocodiles, as well as ridges above their eyes and black blotches on their lower jaws. He said that yacare caimans flock to remaining water during the Pantanal’s dry season in order to maintain their body temperature, similar to other reptiles.

This confirms that the footage of what appears to be a large gathering of reptiles on a beach is correct. However, the details and claims around it are misleading.